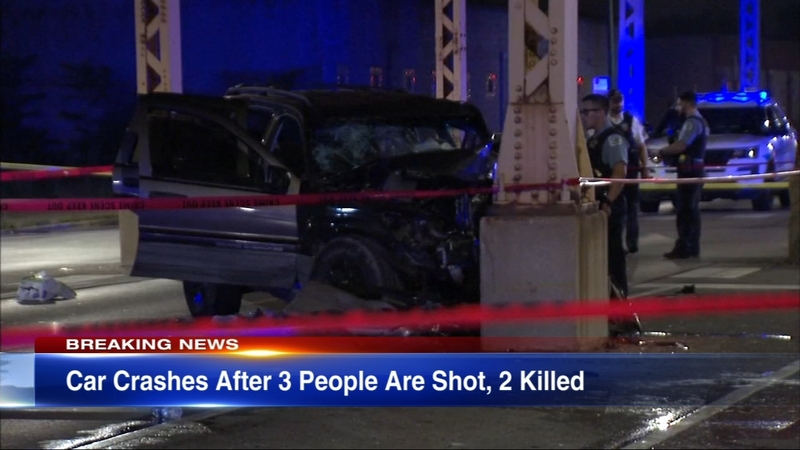 CHICAGO (WLS) -- Two people were killed early Wednesday morning in a shooting and crash on Chicago's West Side.

Five people were inside an SUV when someone in another vehicle fired shots at them around 3:40 a.m. in the 4300-block of West Lake Street in the city's West Garfield Park neighborhood, police said.

A 21-year-old man was shot twice in the chest and once in the wrist. A 22-year-old woman was shot in the back. They were both transported to Mt. Sinai Hospital, where they were pronounced dead.

A 19-year-old man, was transported to Stroger Hospital, where he is listed in serious condition.

The SUV crashed into a pillar that supports the L tracks near North Kostner Avenue. Investigators found shell casings a block west of the crash site, near North Kilbourn Avenue.

The other two people in the SUV were not shot and were not injured in the crash.