2 women shot, 1 fatally, when bullets entered their South Side homes 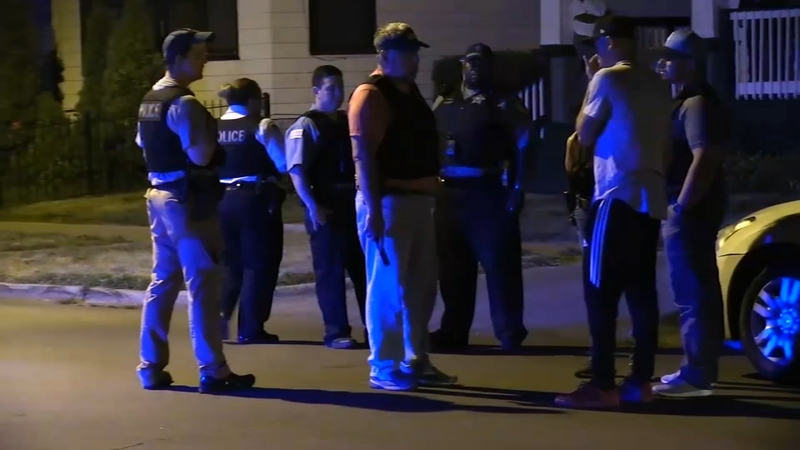 2 women shot, 1 fatally, when bullets entered their South Side homes

CHICAGO (WLS) -- Two women were shot in their homes just hours apart and police say neither woman was the intended target. One was fatally shot sitting on the couch and the other was sleeping in her bed when the bullets struck in separate incidents.

The shootings happened in Chicago's Pullman and Englewood neighborhoods.

Police say the house in West Pullman was targeted because the shooter was after the 80-year-old woman's relative, who is out on parole.

Chicago police say an 80-year-old woman was shot in the head while sleeping in her second floor bedroom.

The shooter fired from outside the home near 118th and Eggleston in the city's West Pullman neighborhood around 1:30 a.m. Wednesday morning.

Police say that's when shots were fired outside. Video from the scene shows a bullet hole in the front of the home near an upstairs window.

The victim was struck in the head and transported to Advocate Christ Medical Center, where she is listed in serious condition.

An emotional group of family members gathered outside the home soon after, where investigators gathered evidence. Relatives told ABC7 Eyewitness News that the elderly woman is now alert, stable and expected to survive.

The other woman who was shot in her home in the West Englewood neighborhood Tuesday evening was not as fortunate.

Just five hours before, Estell D. Roberson, 44, was inside sitting on a couch when someone outside fired shots through her front door at 8:39 p.m. in the 6400 block of South Hermitage, according to Chicago police and the Cook County Medical Examiner's Office.

Robertson was shot in the abdomen and was taken to the University of Chicago Medical Center where she was pronounced dead, police said.

"The only thing I heard last night was three shots boom boom boom. I got scared you know how you get frightened you hear that," said 89-year-old neighbor Inez Evans. "She was always friendly to me and everything. She was nice. She had three children."

Police say in both of the shootings, the victims were not the intended targets.

"When I heard it this morning, I immediately put myself in those shoes because I am sitting on my couch all the time," said Asiaha Butler with R.A.G.E.

The group's focus is improving the neighborhood and that includes trying to get people to put down the guns.

"I really never know what to say because I think there is a different mentality and a different psychology to shoot into a home where you know might be an innocent victim there," Butler said.