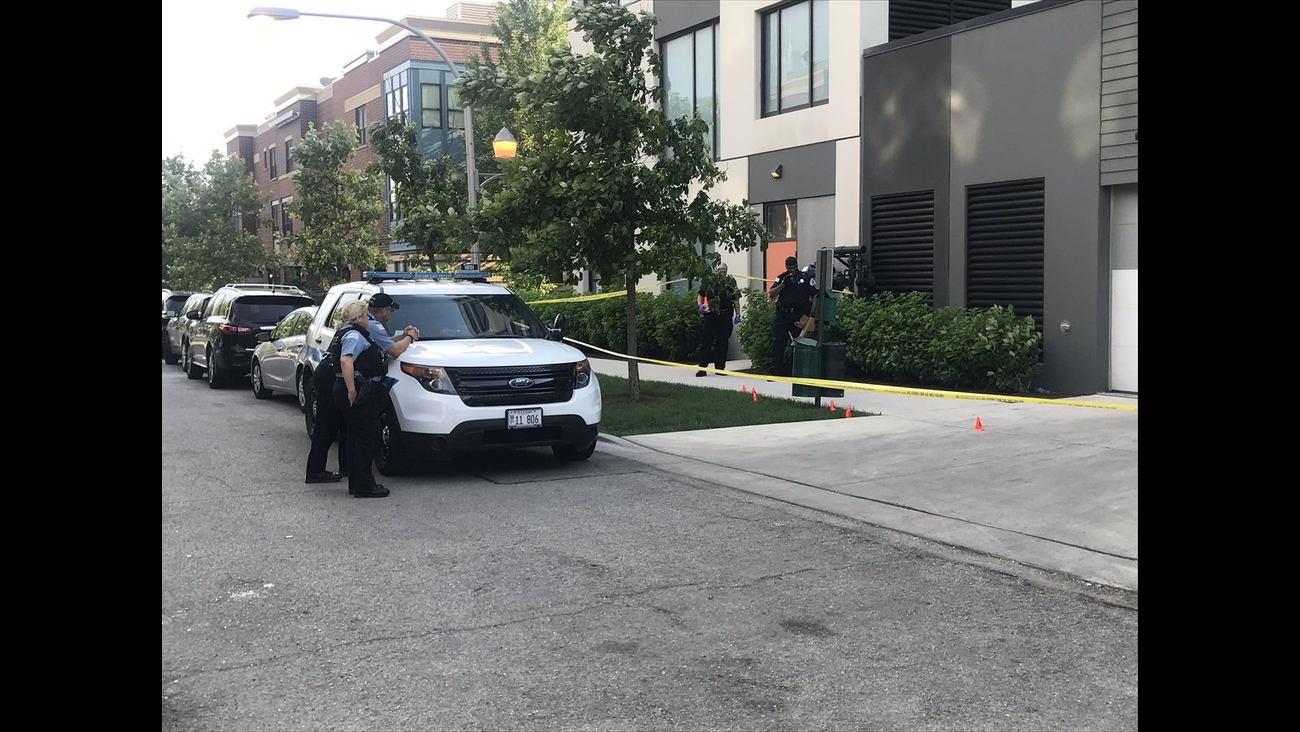 Police investigating a man who was shot in Old Town. (Justin Jackson/Sun-Times)

CHICAGO -- A 22-year-old man was wounded Saturday in a shooting in Old Town on the Near North Side.

The man was walking about 4:05 p.m. in the 400 block of West Division Street when an unknown person walked up to him and began firing shots, Chicago police said.

He was struck in the lower back and taken to Northwestern Memorial Hospital where his condition was stabilized, police said.

The shooter fled in a vehicle in an unknown direction, police said.