At least 63 people have been shot, nine fatally, in weekend violence across Chicago, police said.

CHICAGO -- A 3-year-old girl is among at least 63 people shot, nine fatally, in weekend shootings across Chicago, police said.

The girl was one of at least five minors shot in Chicago over weekend and 20 minors shot overall in the past week.

"It's like you get immune to it; it's a way of life now," one person said.

She was a passenger in the back seat of a vehicle about 11 p.m. in the 4200-block of West Cermak Road when gunfire shattered the back window and grazed her head, according to Chicago police. She was taken to Stroger Hospital, where she was listed in good condition, officials said.

Hours earlier, a 10-year-old boy was hospitalized after being shot while walking on a South Side sidewalk with his father Friday night. Around 8:40 p.m., the boy was walking with his father, another man and another child in the 1000-block of East 93rd Street in the city's Burnside neighborhood when someone in a red sedan fired shots at the group, according to Chicago police. The boy suffered a gunshot wound to the leg was taken by his father to Comers Children's Hospital in good condition, police said. No one is in custody and Area Two detectives are investigating.

A teen girl was shot on the city's South Side early Sunday morning, Chicago police said. The shooting happened in the Back of the Yards neighborhood's 4400-block of South Wood Street at about 4 a.m., police said. A 14-year-old girl, who was a passenger in a vehicle, was shot in the arm. The Chicago Fire Department transported the victim to Comer Children's Hospital in good condition, police said. There is no one in custody and Area One detectives are investigating.

Friday afternoon, a boy, 16, was inside a vehicle in the 3000-block of West Wellington Avenue when he was shot in the leg, police said. He was taken to the Illinois Masonic Medical Center, where he was listed in good condition.

Early Saturday, another 16-year-old boy was dropped off at Holy Cross Hospital, about 12:20 a.m. with a gunshot wound to his left leg, police said. He was listed in good condition.

In other bursts of gun violence:

A person was shot and killed in Dearborn Park overnight Sunday, police said. The shooting happened in the 1200-block of South Plymouth Court at about 12:46 a.m. The person, an unknown male, was standing on the sidewalk with a large group when shots were fired. The victim was shot in the face and chest and was pronounced dead on the scene. There is no one in custody and Area One detectives are investigating.

Later that morning, one man died and another was injured in a Brighton Park shooting early Sunday, police said. The two victims, 18 and 19, were sitting in a car on the 3600-block of South Kedzie Avenue around 2:45 a.m. when someone in a gray Jeep fired shots, according to Chicago police. Both were taken to Mount Sinai Hospital, where the 18-year-old was pronounced dead after being shot in the neck. The 19-year-old was shot in the right foot and was listed in good condition, police said. No one is in custody. Police didn't release additional details.

On Saturday, a man was killed and another critically injured in a Roseland shooting, police said. The two men stood on a front porch on the 200-block of East 113th Street around 10:15 p.m. when shots rang out, according to Chicago police. One man, 32, didn't survive. He was shot in the back and head, and pronounced dead at Advocate Christ Medical Center, police said. A 27-year-old man was also brought to the hospital in critical condition with multiple gunshot wounds. No one is in custody. Police didn't release further details.

Earlier that night, a person was found dead in a Grand Crossing alley, police said. Police responded to a call and found the male victim, who had been shot multiple times, in the 1300-block of East 71st Street just before 8 p.m. There is no one in custody and Area One detectives are investigating.

Another fatal shooting happened about 12:30 a.m. Saturday in Avondale on the Northwest Side. A man, 25, was driving a car in the 2900-block of West Diversey Avenue when someone in a white Jeep shot him, according to police. The man drove to Saints Mary and Elizabeth Medical Center with a gunshot wound in the back, police said. He was pronounced dead at the hospital.

In nonfatal shootings, two men were wounded, one critically, in a shooting early Saturday in Marquette Park on the Lower West Side. The men were standing outside on a sidewalk about 12:30 a.m. in the 2700-block of West 68th Street when someone opened fire, striking both men, Chicago police said. A 34-year-old man was shot in the abdomen and rushed to Stroger Hospital, where was listed in serious condition, police said. Another man, 34, was struck in both legs. He was taken to the same hospital, where he was listed in good condition, police said. No one was in custody.

About 30 minutes later, a man was assaulted and shot in The Loop early Saturday. Just after 1 a.m., the 27-year-old man was walking on the sidewalk in the 100-block of East Wacker Drive when a group of people approached him and began to beat him, Chicago police said. Someone in the group then pulled out a gun and shot him. The victim was taken to Northwestern Memorial Hospital with a gunshot wound in the head, police said. He was listed in good condition. No one was in custody.

Around the same time, a man was wounded in a shooting early Saturday in The Loop. The man, 32, was involved in a fight with another man in the 100-block of South Wacker Drive when someone in a red Sedan approached the pair and opened fire, according to Chicago Police. The man was shot in the back and taken to Northwestern Memorial Hospital, where he was listed in good condition, police said. No one was in custody.

Minutes later, two men were shot in a drive-by early Saturday during a house party in Back of the Yards on the South Side. The men, 32 and 22, were standing outside among a group of people about 1:10 a.m. in the 4800-block of South Justine Street when a black SUV drove by and someone inside opened fire, Chicago police said. The older man was struck in the right shoulder and back, police said. He was taken to Stroger Hospital, where his condition was stabilized. The younger man was shot in the lower leg and was taken to the University of Chicago Medical Center, where his condition was also stabilized, police said. No one was in custody.

Three men are recovering after they were shot in a drive-by shooting outside a funeral in Bronzeville Friday. It happened around noon outside the Christian Tabernacle Church near 47th Street and Prairie Avenue, according to Chicago police. Police say the men were standing near the street when a car pulled up and someone inside started shooting. The men who were shot are all expected to be okay. So far, no arrests have been made.

A restaurant worker was also injured in a drive-by shooting in West Loop Friday night, according to Chicago police. Police say the 34-year-old victim was standing on the sidewalk in the 110-block of West Hubbard outside Aberdeen Tap around midnight when someone in a white Durango started shooting toward the restaurant. The victim was hit in the leg and transported to Stroger Hospital in good condition, police said. No one is in custody and Area Three detectives are investigating.

Two men are dead and two others wounded in a shooting in West Woodlawn Sunday, according to Chicago police. The victims were on a front porch in the 6100-block of South Evans Avenue around 4:30 p.m. when an offender exited a dark blue Chevy Impala and fired shots, striking the victims, police said. A 31-year-old man sustained multiple gunshot wounds to the body. He was transported to St. Bernard Hospital where he was pronounced dead. A 35-year-old man was also shot multiple times in the body and was transported to the University of Chicago Medical Center in critical condition. The third victim, a man in his 20-30s, also sustained multiple gunshot wounds to the body. Police did not mention his condition. No one is in custody and Area One detectives are investigating.

There was also a Chicago police shooting in Marquette Park early Sunday.

"The next thing you know there was a flood of police all over the place. Police just everywhere. It was just a lot of cops," a witness said.

Chicago Police Superintendent David Brown gave an update on public safety from a West Side church Monday morning after a violent weekend.

"It's like what do you do? We pray, we march. We have our voices, we speak out, what do you do?" Chicago resident Tracy Johnson. "I hate the fact that Chicago is such a beautiful city and you have others out here who are totally terrorizing the place and making our city bad."

Brown also faced some questions on his department's response to some disorder during festivities associated with Mexican Independence Day celebrations.

Traffic was gridlocked for hours, after the city shut down streets, leaving some residents trapped.

So far in September, Chicago police have said 24 people have died due to weekend gun violence.

"It's just overwhelming. It's depressing, it makes your anxiety at an all-time high," one person said. 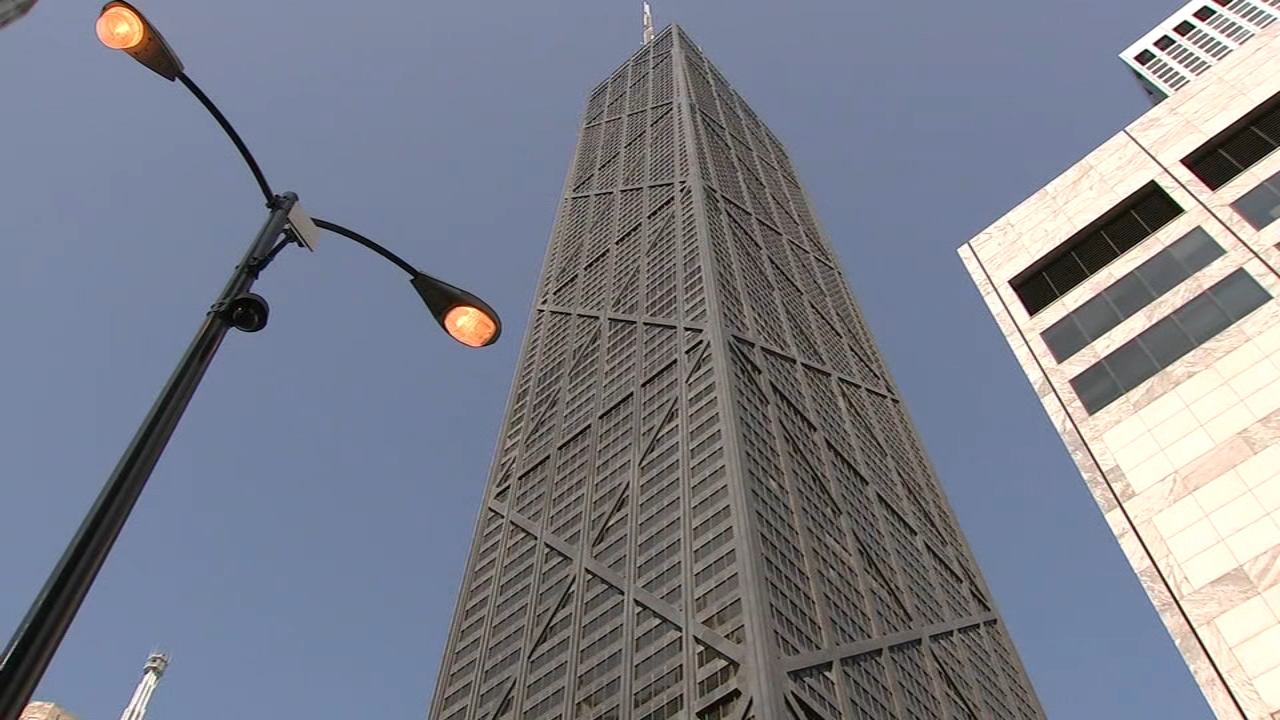