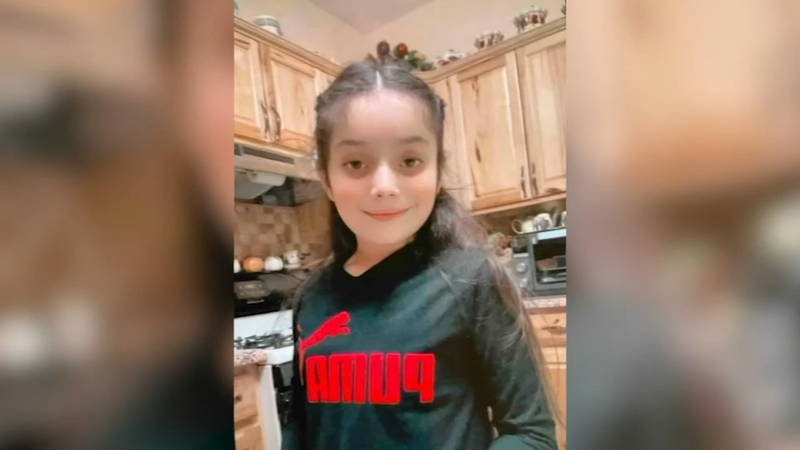 State Rep. La Shawn Ford organized the event at the Thompson Center just days after an 8-year-old girl was gunned down in Chicago's Little Village neighborhood.

Police said they have strong leads in their investigation into the murder of Melissa Ortega, but her grieving mother can't stop talking about how special her daughter was.

Ortega was hit by a stray bullet over the weekend while she was crossing the street in broad daylight with her mother.

Police said Monday they're making progress in tracking down the gunman.

"The information we have is very delicate. We do have people cooperating, and we have very strong leads," Chicago Police Superintendent David Brown said during a press conference.

But Ortega's mother is heartbroken, saying the gunman took her whole life away, the most beautiful part of it.

While Ortega's family was not in the group with Ford at the Thompson Center Tuesday morning, eight other families were, many dealing with the loss of children.

Ford said he wants to make sure the city and state recognize that families are in pain.

He said he will push for peace and calm in the city.

The collective grief inside the Thompson Center room was at times overwhelming. Every single person gathered at the table has lost someone to gun violence.

Among the families attending were that of 7-year-old Jaslyn Adams, who was fatally shot last year in a McDonald's drive-thru in Chicago.

"She went to McDonald's and didn't come back," said her aunt, Sheketa Dickens.

Nathan Wallace's daughter, Natalie, was also 7 years old when she was shot playing outside her home on July 4 of 2020.

"When my daughter died, I did not have time to grieve anything. I had to get right back to work," Wallace said.

They've been speaking up and demanding help for the trauma they're experiencing. They have been begging for mental health services and counseling, along with financial help for when they're grieving and can't go to work.

Angela Gregg lost her 4-year-old son, Mychal Moultry, when he was struck by a bullet while sitting inside a home getting his hair braided this past April.

"I shouldn't have to come to Chicago with my son and leave with him in a casket," said Gregg said.

Some are also asking for resources to help them move out of the area where their loved one was killed.

"It's still hard every day. We don't even have the resources, don't know how to be strong for sister, for kids, niece, nephew," Dickens said.

Ariel Rainey is the founder of Hustle Mommies, an organization dedicated to supporting and uplifting mothers.

"We need therapy and counseling services that understand this type of grief," Rainey said.

Some families are also saying their cases have gone cold, and they want special task forces to go after people who kill children, along with tougher laws for those kinds of crimes.

Ford, whose district covers the West Side and some of the western suburbs, is calling on other elected officials, the governor and the mayor to help support these families who, he says, are suffering in silence.

A bill is currently pending in the General Assembly that would provide that expanded medical leave for those who lose family members to suicide.

"Well we're going to do some appropriations. We know the federal government has sent billions of dollars to Illinois to help with the pandemic, and we know that the pandemic has created mental health problems that has probably caused more murders in the city of Chicago," Ford said. "The Legislature can help by increasing the family medical leave to fund for families that need to grieve and continue to have access to their jobs."

He said there needs to be an all-out assault on the violence.