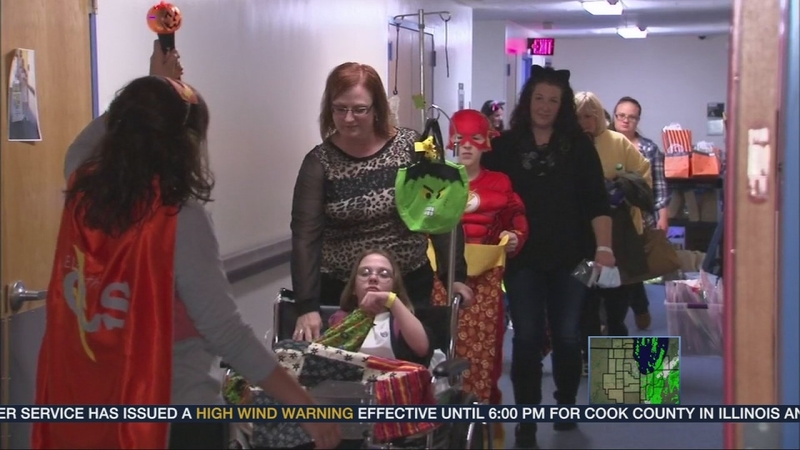 Navy Pier's Zombie Containment Haunted House was canceled Friday and through Halloween weekend when the wind and waves caused damage to the barge housing the attraction. The barge began taking in water and the U.S. Coast Guard says one, maybe two, compartments have been compromised by the damage. WBEZ posted video of the barge sinking about 45 degrees, and the Coast Guard confirms it has been stabilized, though it cannot be salvaged or re-floated until weather conditions improve.

But falling snow didn't stop a group of friends determined to bring the best of Halloween to the kids of north Skokie. "Witch Doctor" Mike has been preparing for upwards of 300 neighborhood kids to visit his haunted house.

At Advocate Children's Hospital in Park Ridge, the parade of trick-or-treaters avoided the spooky weather by getting their candy indoors.

Snow began falling early Friday morning in the northwest suburbs. People in the city saw some flakes. It hasn't snowed on Halloween since 1993, and it was only a trace amount of snow that year. 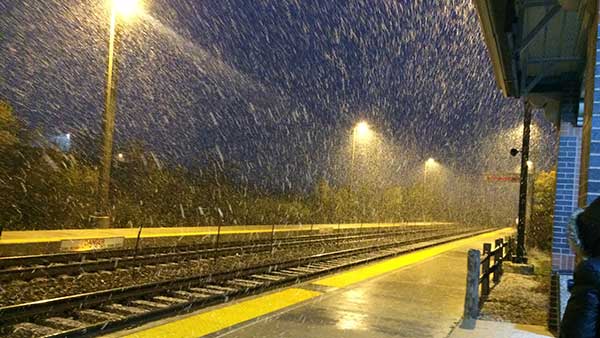 High temperatures barely reached the low 40s on this cold and blustery Halloween. Parents will have to bundle up their trick-or-treaters as they head out to collect candy in their neighborhoods. Bob Debolt, a Latin School of Chicago parent, had to throw a coat over his little astronaut Friday morning.

"A little frightening on this Halloween to see snow coming down so early in the season," Debolt said.

"I brought out the NorthFace for the first time today, because I'm not going to trick or treat for hours without it," Beth Manning said.

A Lake Effect Snow Advisory for northwest Indiana will be in effect from 10 a.m. - 10 p.m. Friday, according to the weather service.