Man charged in 2nd 2018 fatal stabbing on West Side 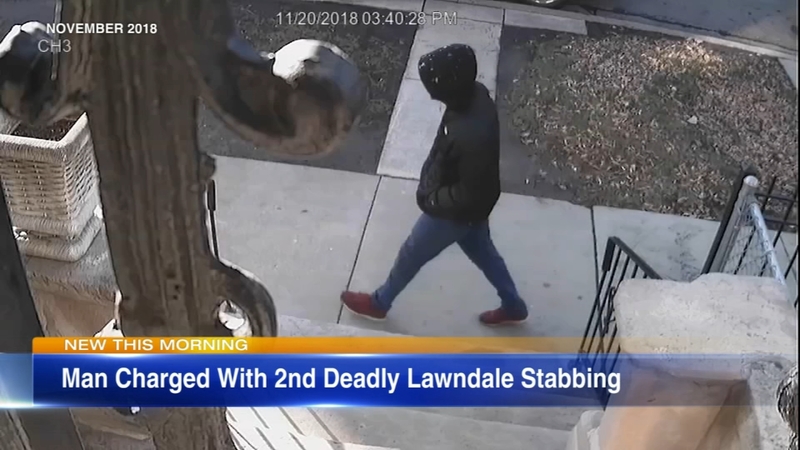 CHICAGO (WLS) -- A man already charged in a deadly stabbing on Chicago's West Side has now been charged in a second stabbing in the same neighborhood.

Police said Thursday Darius Mayze, 25, has been charged with first-degree murder in connection with the stabbing of a 64-year-old man in the 1100-block of South Keeler Avenue in Lawndale on November 15, 2018.