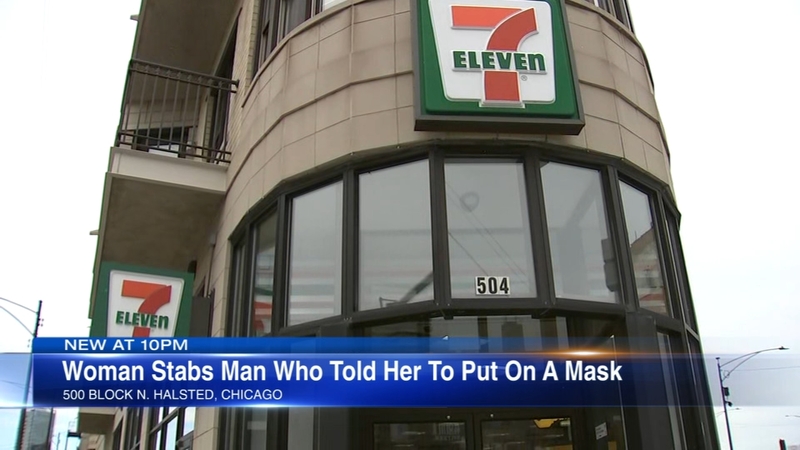 CHICAGO -- A woman stabbed a man Thursday afternoon after he instructed her to put a mask on inside a West Town convenience store.

The woman entered the 7-Eleven in the 500 block of North Halsted Street about 12:35 p.m. without a mask, according to Chicago police.

A 48-year-old man told her to put a mask on and she pulled out a knife and stabbed him, police said.

He was taken to Northwestern Memorial Hospital in critical condition, police said.