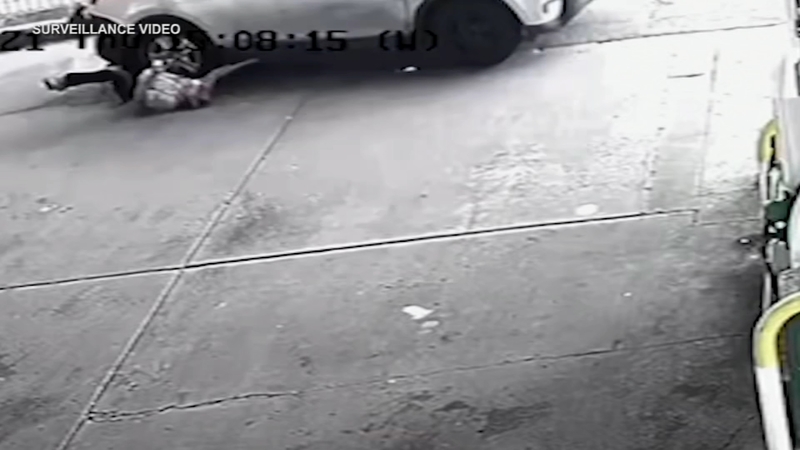 CHICAGO (WLS) -- A car theft at an Austin gas station was caught on video, including when the driver was dragged by the man stealing his vehicle.

Police said they responded to a gas station in the 700-block of South Cicero Ave. around 3:15 p.m. The victim told police he was ambushed while coming out of the gas station, and a person jumped in his car and fled.

Police said the driver was dragged alongside the car as the thief made his getaway, fleeing northbound. The vehicle is described as a dark gray Saturn Vue.

Police said the victim left his keys in the car and left the car unattended at the time of the theft. The entire incident was caught on camera.