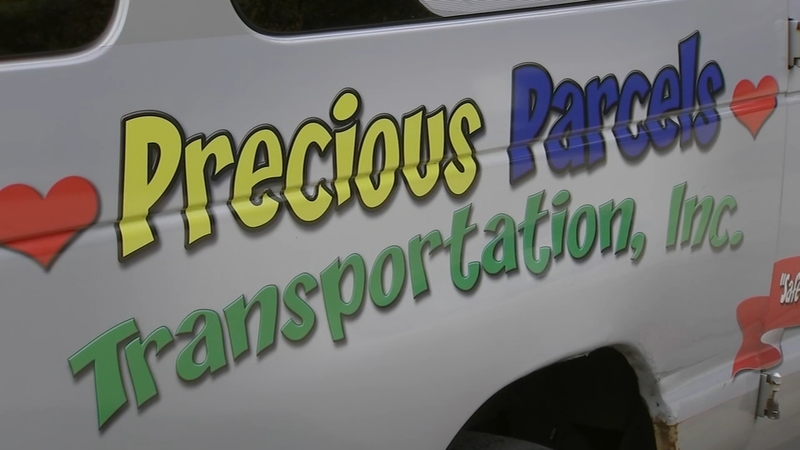 CHICAGO (WLS) -- The ongoing strike is cutting business for private transportation companies who take many CPS students to and from school. As the strike continues, some drivers are losing the majority of their paychecks.

Erika Jeffries, the owner of Precious Parcels Transportation, said she just trying to hold on.

"It's dynamic, a huge impact," she said.

Many of those who make their money by providing goods and services to Chicago public school students and their parents said the ongoing teachers strike is affecting them too.

"I have staff sitting at home waiting for this strike to be over," Jeffries said, "because they are not getting paycheck."

Jeffries said parents from around the city have been paying for her private children's transportation service for the past 4 years.

"It's not just the students not going to school, it's the parents who are teachers who don't have anywhere for their children to go, and we still have to service them as well and they are not getting a paycheck," Jeffries said.

The small business owner said the strike has taken away roughly 70 percent of her business. All she has left now are mostly kids who attend parochial and private schools, and those whose parents can't afford to not to go to work.

"I have five drivers [and] five routes. I have two drivers that are working reduced routes and I have had to reduce their pay," Jeffries said. "It's not a full pay because it's not a full route. I have good drivers and the parents want to see same drivers every day. This is not Uber."

Jeffries said she's sure other private children's transportation services are having the same issue, if they're even operating at all.

After a week into the strike this working mom, whose children also attend CPS, hopes the strike won't completely shut down her business.

Some who are already feeling the pinch of the CPS teachers strike said this could be just the tip of the iceberg. If the strike moves into another week, it could get much worse. They fear it could result in the loss of more jobs, with the possibly of some businesses going under.
Report a correction or typo
Related topics:
businessbusinesstransportationcpsstrikestudents
Copyright © 2022 WLS-TV. All Rights Reserved.
CPS
Chicago Public Schools change COVID data tracking, raising questions
CPS students walk out Friday in protest over COVID concerns
CPS students walk out Friday in protest over COVID concerns
CPS students planning walkout to protest return to school
TOP STORIES
CPD shoot, critically injure man in Lower Wacker shooting; 2 arrested
2 semis crash on Dan Ryan; Driver seriously injured
FBI: QR code scams on the rise
CPS teacher killed in murder-suicide was active in violence prevention
Longtime Lombard couple spends final days together battling COVID
2 charged with murder of 8-year-old girl in Little Village: CPD
What to know about the judge viewed as Biden's top Supreme Court pick
Show More
4 steps to take before Fed raises interest rates
World remembers Holocaust as antisemitism rises in pandemic
More Chicago, suburban testing centers under investigation
Brothers tortured by Jon Burge still picking up pieces of lives
Man released from prison after twin brother confesses to murder
More TOP STORIES News