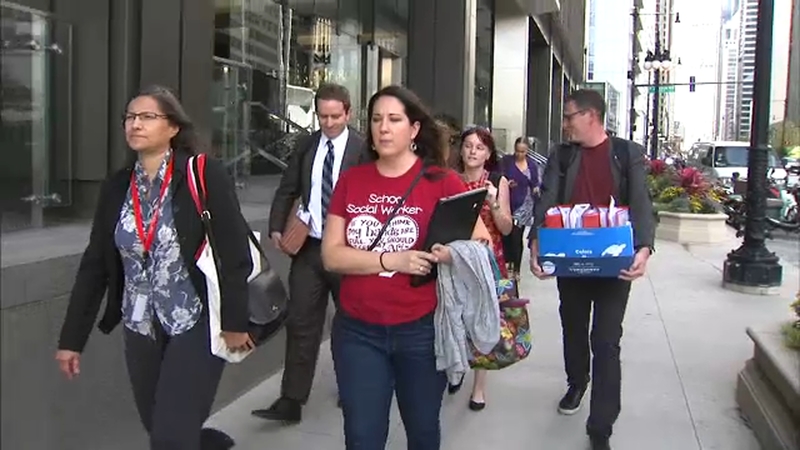 CHICAGO (WLS) -- Negotiators for Chicago Public Schools may have miscalculated what the key issues are for the Chicago Teachers Union, and it's not money apparently.

The CTU is pushing hard for more support staff, including counselors, nurses and other para-professionals, as well as reduced class sizes.

"It is deeply disconcerting and troubling to me that money is being dangled in front of us, and we are being asked to walk away from what looks like educational justice for our students," said CTU President Jesse Sharkey. "The teachers will not walk away from that."

Both CPS and the CTU were invited to speak Tuesday at a meeting with West Side pastors and community leaders, but only the CTU showed up.

Sharkey suggested a deal will not be made unless class size and support staff demands are met.

"First of all that's not correct. More to the point, bring us a comprehensive counter proposal, and he can address all the issues that he wants to," Lightfoot said. "We can't be at the bargaining table effectively by ourselves."

On Monday, the CTU tweeted pictures of picket signs with the caption that read "Strike ready." They also retweeted a push to call the mayor's office to pressure Lightfoot for a deal.

"The tweets, Instagram, all the other things that doesn't get it done at the bargaining table and where we're going to make real progress is there," Lightfoot said.