CTU sends counterproposal to CPS leadership, Mayor Lightfoot, but no deal yet 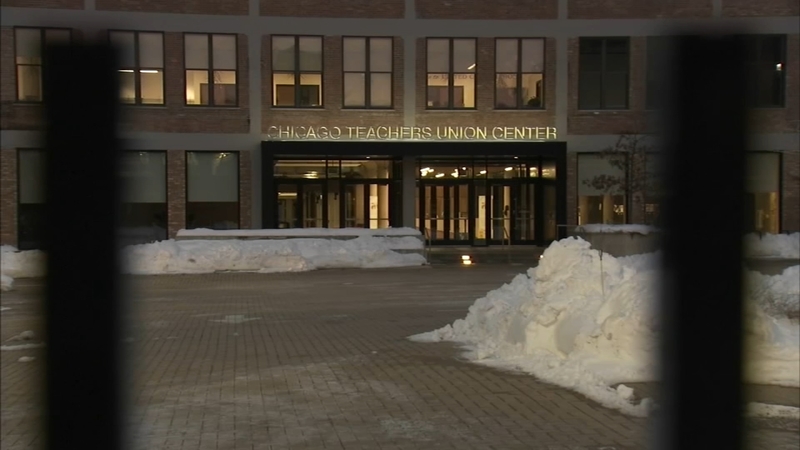 CTU sends counterproposal to CPS, mayor; no deal yet

CHICAGO (WLS) -- The Chicago Teachers Union sent a counterproposal to Chicago Public Schools leadership and Mayor Lori Lightfoot in ongoing negotiations to restart in person learning during the COVID-19 pandemic, but it remains unclear if that will end their standoff.

At a news conference Thursday morning, Lightfoot demanded an immediate deadline, saying, "We need to get a deal done today."

Although no significant announcements were made Thursday night, there were signs that the two sides continue to negotiate, despite their on-going, sometimes contentious battle.

"Late this afternoon, we received a counter proposal from CTU leadership and we are working on a response," the statement read.

Chicago Public Schools and the Chicago Teachers Union still have not agreed to a deal Thursday.

Earlier in the day, Lightfoot blasted CTU leaders for not sending the proposal sooner, and reiterated what steps the city has taken in an effort to ensure safety. She said the CTU created chaos, and the ball is in their court.

"There's no reason we shouldn't have gotten it done yesterday, or Tuesday, or Monday," Lightfoot said. "But today is the day, my patience is up."

In an open letter sent Thursday morning, the CTU said, "We cannot return to in-person instruction until we have made more progress with the district on CDC-based health metrics, allowing educators with medically vulnerable family members to continue to teach remotely, and addressing real equity needs for the vast majority of our students - particularly Black and Latinx students who continue to learn remotely."

She said the city "waited for hours" for a proposal on other issues from the CTU that never came.

CPS has invested $100 million into school safety mitigations, and Jackson accused the CTU of ignoring the experts.

"It bothers me that we continue to see people disregarding what the scientists, such as Dr. Fauci, Dr. Arwady, are saying, and even as early as yesterday, the head of the CDC," Jackson said.

The district has agreed to vaccinate 1,500 CTU members a week. But CTU is asking the number to increase as more vaccine becomes available.

"We are dedicated to getting this group vaccinated but I want to reinforce that vaccination is not required for safe school reopening," said Dr. Allison Arwady of the Chicago Department of Public Health.

Lightfoot said the city's positivity rate is down; children need to be back in school, and parents need to have that option. The mayor and the city health commissioner said, with safety mitigations in place, school can be conducted safely.

Dr. Arwady said when mitigations are in place - masks, distancing, pods - in-person learning can be a safe environment.

Some CPS parents Thursday morning expressed distrust with the district at a CTU news conference regarding safely returning in-person.

RELATED: Remote learning: What are the long-term effects of missing classroom time? Experts weigh in

"I don't think CPS has been fully transparent on how their reopening plan is working out; they constantly changed it before," CPS parent Dulce Jimenez said.

Lightfoot said she expects teachers to be back in school as soon as possible, but she did not give a date.

Friday is a day off for students, so the earliest they could be back is Monday.

In a document obtained by ABC 7 from sources close to the bargaining table, it appeared CPS and the CTU reached a tentative deal on testing and were close to an agreement on vaccines.

The two sides have not reached an agreement on health metrics that would trigger closing classroom and accommodations for those who care for people with underlying health conditions.