With 86% voter participation, 71% voted in favor of continued remote work starting Monday, Jan. 25, according to a CTU statement. This is also the first day the Board of Education requires educators in kindergarten through 8th grade to appear in person.

CPS said over 130 private and parochial schools, and over 2,000 early learning centers across Chicago have been safely learning in classrooms since fall. It is the third-largest district in the nation and wants about 10,000 kindergarten through eighth grade teachers and other staffers to return to school Monday. The district wants them to prepare to welcome back roughly 70,000 students for part-time in-school classes Feb. 1. No return date has been set for high school students.

While CPS said it agreed to a request from CTU leadership to push back the return of teachers to Jan. 27, CTU claims CPS made the decision unilaterally and the union has no current agreement with the district on any terms.

CPS hopes to reach an agreement with the teachers union as soon as possible to bring CPS students back for the scheduled Feb. 1 start. The district is pursuing the return because local, state and federal health officials made it clear that schools can operate safely with proper mitigations, CPS leaders said in a statement.

"We now agree on far more than we disagree, but our discussions remain ongoing, and additional time is needed to reach a resolution," the district's CEO, Janice Jackson, said in the statement.

"These parties have gone through really intense negotiations in the past, and it usually does take going right up to the wire and very often going a bit further before they come to some agreement," said Professor Robert Bruno, University of Illinois at Chicago. "It does strike me that if they at least agree to bargain around some safety metric, some standard, perhaps they could defer to a third party, right, that there would be room possibly for bringing some of the teachers back but allowing some teachers to still teach remotely."

Some CPS parents are urging the Chicago Teachers Union to allow their members to come back for elementary students, who have the option of returning for in-person learning on Febru

School officials have argued that remote learning isn't working for all students, including many low income and Black and Latino students who make up the majority of the district. The district's safety plan includes thousands of air purifiers, more cleaning and a voluntary testing program

The roughly 355,000-student district, which turned to full-time online instruction last March because of the pandemic, has gradually welcomed students back. Thousands of pre-kindergarten and special education resumed in-person learning earlier this month and teachers who didn't return to their classrooms were punished.

The union has also argued that schools don't need to be fully staffed with lower-than-expected attendance.

According to CTU, 19% person of eligible students for in-person instructions returned to classrooms. The Chicago Public Schools district is demanding 80% percent of educators to return for less than 20% of students, CTU added.
The union's collective bargaining agreement, which was approved after a 2019 strike, prohibits its roughly 25,000 members from striking and bars district officials from locking them out. District officials have said a union vote to disobey the order to return to schools on Monday would violate the contract.

Union officials, though, say returning to in-person instruction before its members are vaccinated and without other safeguards in place would put them at greater risk of contracting the virus. They argue that if the district tries to punish teachers for staying home Monday, then the district would be responsible for a work stoppage.

Illinois on Monday is scheduled start the next phase of its vaccination plan, which expands eligibility to teachers and people ages 65 and older. The district on Friday said it would begin vaccinating teachers and staff starting in mid-February and that the process would take months.

CTU is now pushing to delay the Feb. 1 reopening date and said CPS is staffing with the expectation that the entire student population will be returning to classrooms when it should not be the case.

The union plans to continue working remotely. If Mayor Lori Lightfoot and CPS lock members out, CTU said they plan to strike.

CPS said what teachers are doing by refusing to return to the buildings is essentially an "illegal strike" and have met all the health and safety standards. 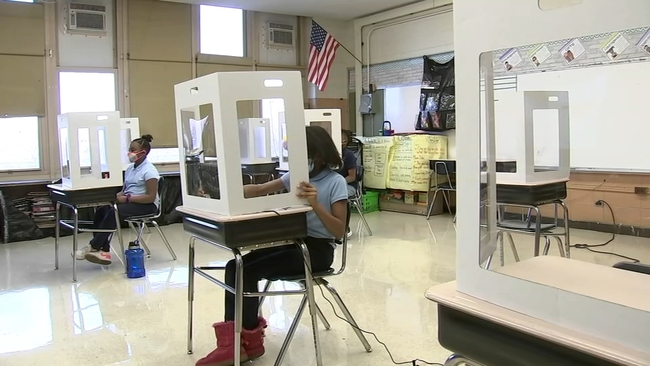 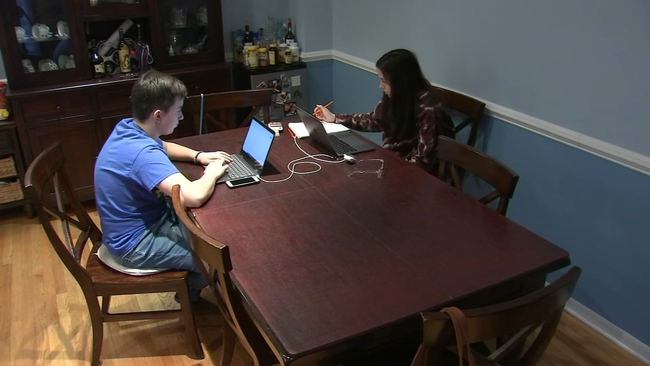