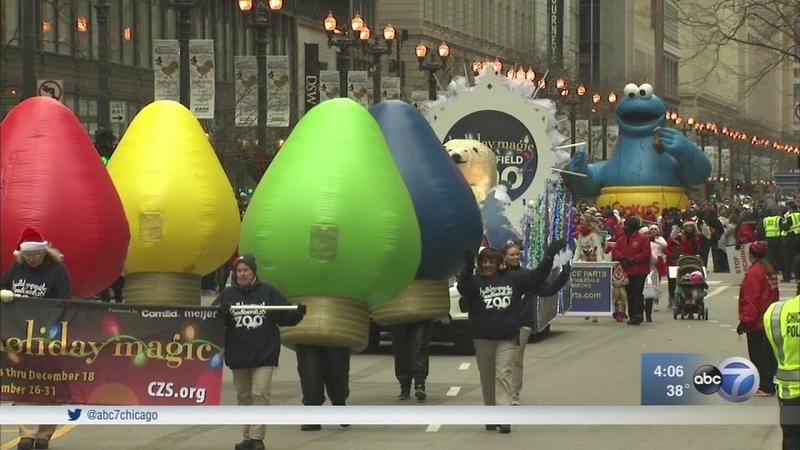 Festive sights and sounds shut down a stretch of State Street so thousands could revel in the holiday spirit.

Children from all over came to watch the parade and talk about what they were thankful for this year.

The parade featured marching bands and giant inflatable balloons was well as performances from tumblers, dancers and even the Harlem Globe Trotters. The parade's grand marshal this year was Chicago native Matt Walsh, an actor in HBO's comedy show "Veep."

Many of the kids had no idea that the jolly old man in the suit was going to make a cameo, too!