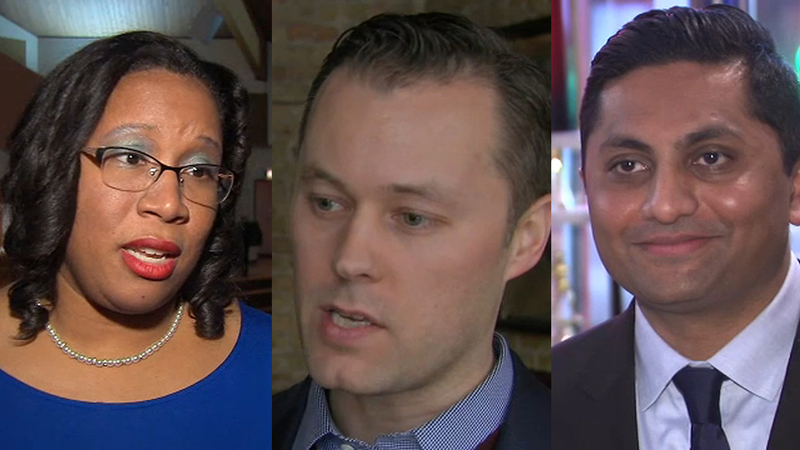 Three people are vying to replace Chicago City treasurer Kurt Summers, who is retiring after one term in office.

Voters will cast their ballots on Feb. 26 for treasurer, as well as for a new mayor.

The city treasurer, one of three elected city-wide posts in Chicago, essentially consists of being the city's accountant. The treasurer oversees the budget and is in charge of managing an $8 billion investment portfolio on behalf of the city. Manages the city's increasingly troubled pension funds also falls under the job description.

All three of the candidates were campaigning on Sunday.

Conyears-Ervin greeted parishioners at several churches on Sunday. Endorsed by the Chicago Teacher's Union, she highlighted her private and public sector experience as well as her educational background.

"We need someone who is going to be a financial watchdog of our money. And when we're looking at pensions we need to make certain that our money is protected. We need to make sure we're investing and getting the greatest return on our dollars," Conyears-Ervin said.

"It's not just coming up with crazy ideas to solve other problems. It is to say how are we going to protect taxpayers while investing in parts of the city that unfortunately have been overlooked," he said.

Sunday started early for Pawar, who used the Billy Goat as a backdrop to add an important endorsement to his campaign for city treasurer

Pawar's main proposal involves the creation of a publicly-owned bank, which would allow the city direct control of its finances.