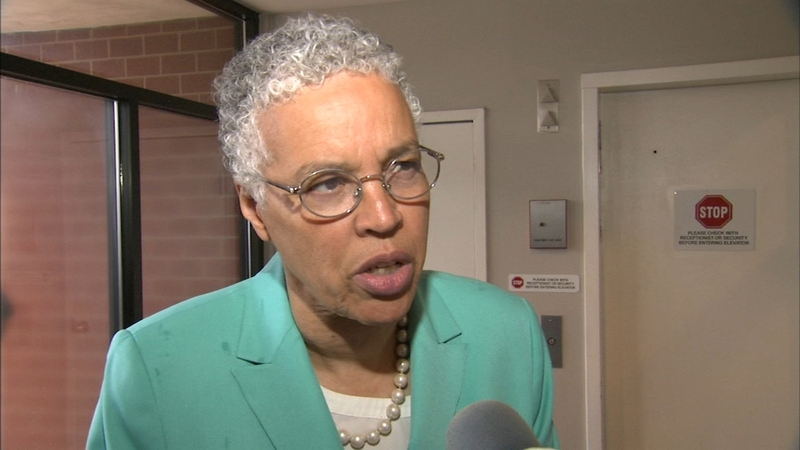 CHICAGO (WLS) -- The blame game over the root cause of violence in Chicago raises tensions between Mayor Lori Lightfoot and Cook County Board President Toni Preckwinkle.

On Monday, the mayor suggested a terse letter sent to her by Preckwinkle may be a case of sour grapes over the election.

"The question was about the nice letter that I got from Toni Preckwinkle, well, it's July, not March. The election's over and we had a result," said Mayor Lori Lightfoot.

In that letter, Cook County Board President Toni Preckwinkle took issue with Chicago Police Superintendent Eddie Johnson, who has slammed the court system for letting repeat gun offenders out on bond. Preckwinkle called that a false narrative, and denied her letter was political.

"You know we have some real challenges in the City of Chicago around violence, but they're not challenges that result from our criminal justice reforms," Preckwinkle said.

Preckwinkle said bail reforms have coincided with a reduction in shootings and murders since 2016. She pointed to a study that showed 99% of gun offenders are not rearrested while on bail.

Preckwinkle then pointed her finger at Superintendent Johnson.

"He needs to address the fact that we're not closing murders or shooting cases. It's 26%, according to the University of Chicago crime lab, closure rate for murders, and the national average rate is 61%. And the closure rate for shootings is 5%."

"People want us to be grownups and solve problems. Not get into a back and forth," the mayor said. "My proposal is that we all put our data out on a weekly basis and see who's getting arrested, what are the charges, what are the bond decisions that are being made."

In her letter, Preckwinkle talked about the need for cooperation to combat violence and she reiterated that in a statement released Thursday afternoon.