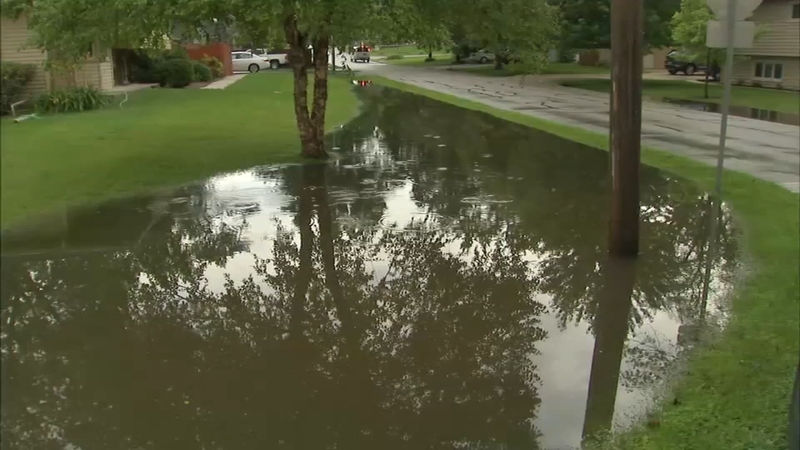 Westmont residents cleaning up after overnight storms lead to flooding

The water levels have gone down a significant amount since the latest round of rain, thanks, in part to county workers who have been pumping the flood waters out. But with more possible rain along the way, crews and homeowners could be bracing for more flooding.

Neighbors in the Liberty Park community of Westmont are getting their homes ready for another possible storm, after the one from Tuesday night caused major flooding to some homes.

"Every time they say flash flood, my stomach turns because I just remember everything I go through," said Westmont resident Amelia Gonzalez.

Where are you safest from lightning?
EMBED More News Videos

Amelia Gonzalez says in the decades she's lived at her home, it's flooded at least five times, costing tens of thousands of dollars' worth of damage.

This time, Gonzalez said she only had about an inch worth of flooding, better than years past, but her neighbor Ernesto Parra had three feet of water in his basement.

"There's nothing we can do. Nothing. Just try to get our stuff out of the basement to higher elevation," Parra said.

What is the 5 second rule for weather?
EMBED More News Videos

Parra said what he could grab from the basement, now is in his living room. He said homeowners' main flooding defense, comes from DuPage County Stormwater Management.

"We're in an older neighborhood and an older area of DuPage County, so everything is built upon around us so there's no other area to put in detention to storms water when it comes down so were limited to pumping as an alternative," said DuPage County Stormwater Management Director Tony Charlton.

Director Charlton said his crews have been working overnight into the day to pump flood waters away from homes, but crews have to work carefully due to structural limitations.