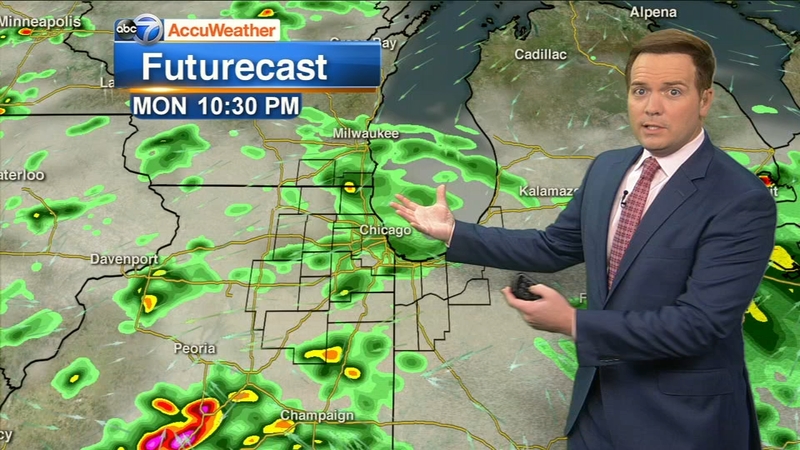 Rain arrived in the city Monday afternoon around 3:30 p.m., which lessened the chance of severe weather, according to ABC7 Meteorologist Larry Mowry.

There was also the possibility of strong winds and flooding, with some areas to the south and west possibly receiving more than two inches of rain. By 9:45 p.m., no flooding or wind damage had been reported.

Overnight, light rain will continue in the city, as well as the north, west, and southwest suburbs. Heavy rain was still moving through the south suburbs, including in Kankakee County and Newton and Jasper counties in Indiana.

There was also the risk of an isolated tornado to the southwest, but as the afternoon and evening continued those chances lessened even further. A tornado touchdown was reported in Christian County, Illinois, southeast of Springfield but no further details were immediately available.

What is a severe thunderstorm?
EMBED More News Videos

The next time you find yourself under a Severe Thunderstorm Warning, know that large hail and high winds are possible.

There were no watches or warnings in effect Monday.