CHICAGO (WLS) -- A winter storm blankets the Chicago area Monday night with fast-falling snow and behind it is even more dangerous temperatures.

A Winter Weather Advisory went into effect at 6 p.m. Monday for accumulating snow creating hazardous travel. The heaviest snow is likely to fall south and west of Chicago. It is expected to end as the Tuesday morning commute begins.

A Wind Chill Advisory is in effect for the Chicago area through noon Monday. High temperatures are only expected to reach the single digits. In some areas, it could feel like 20 degrees below zero.

Because temperatures will remain bitterly cold throughout the week, all residents are urged to stay indoors if possible. If you must go outside, it's important to bundle up. Layers are the most effective way to trap heat, and Rush Medical Center assistant medical director Dr. Paul Casey says the combination of cold temperatures and high winds could cause hypothermia or even frostbite to exposed skin in just minutes.

As predicted, the flakes were flying Monday night with neighborhoods drenched in white. By 8 p.m. Monday night the city's snowplows were on the roads with Lake Shore Drive and major streets the top priority.

Mayor Rahm Emanuel directed the Department of Streets and Sanitation to prepare to deploy more than 280 snow plows and salt spreaders Monday evening, as well as more than 20 smaller snow plows for smaller streets. Chicagoans can track the plows in real time at www.chicagoshovels.org.

"The snow-removal vehicles will only be deployed to the neighborhood streets once the snow has stopped and those main arterial streets are clear," said Commissioner Charles Williams, Chicago Streets and Sanitation Dept.

The snow fortunately arrived after the evening commute with Monday night's bitter cold enough of a challenge, making the walk over the bridge to Union Station simply brutal.

It is only going to get colder. To avoid frozen pipes let your faucets drip or open cabinets to let warm air in. If your pipes do freeze, thaw them with a hair dryer or heating blanket, but not an open flame. 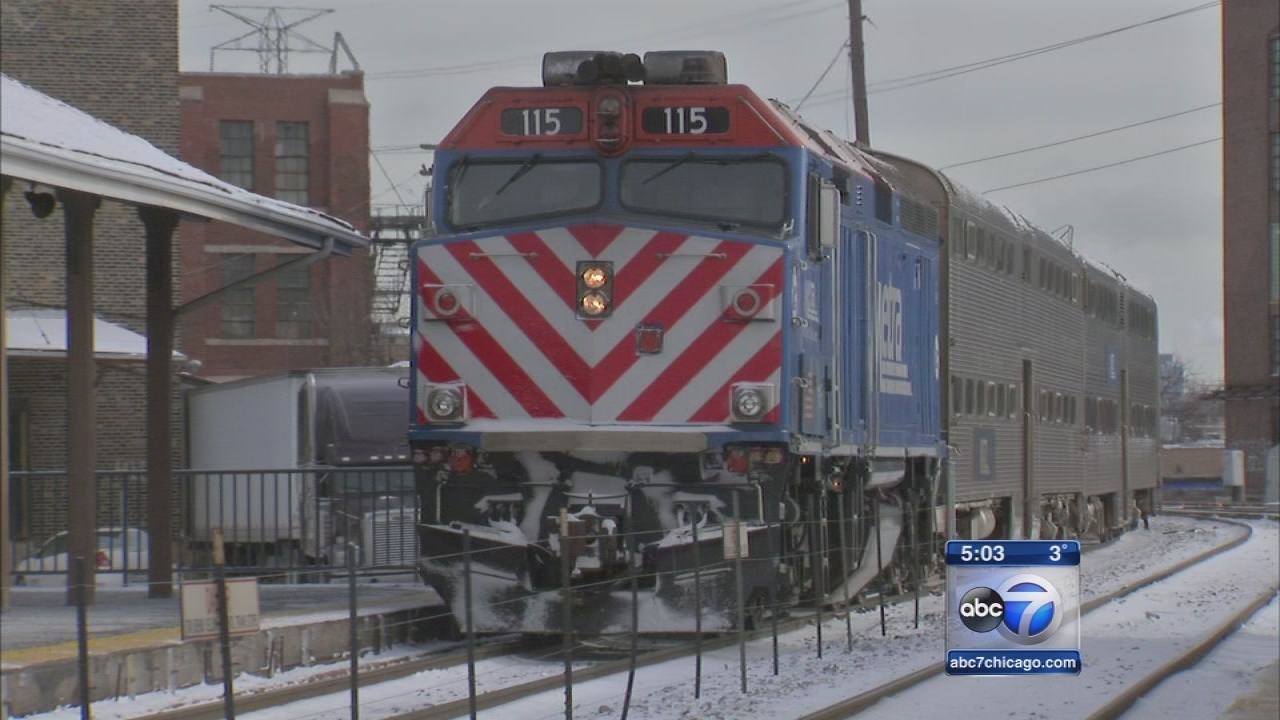 Metra is also using gas flames to keep switching point tracks warm, and crossovers will be manned 24-hours a day to keep switches operational. There are also new powerful snow blowers to keep critical rail yards working, and Metra is replacing old doors susceptible to sticking in the cold.

But temperatures around 0 degrees trigger a Metra slowdown for safety reasons, and more people tend to ride Metra when weather conditions deteriorate, all of which may cause Metra to operate slightly slower on Tuesday.

Mayor Emanuel said that Chicago Public Schools will be open on Tuesday, but that the city is monitoring the situation on Wednesday because of the combination of snow and extreme cold. Wednesday is expected to be the coldest day this week with temperatures without wind chill hovering around 0 degrees.

Chicago's annual winter Overnight Parking Ban is in effect through March 31, 2015 from 3 a.m. to 7 a.m. regardless of snow. All streets subject to the ban are clearly marked with permanent signage. Violators face a minimum $150 towing fee, a $60 ticket and a $20 per day storage fee for the first five days. Vehicles violating the ban will be towed to Pound 2 at 10301 S. Doty Avenue or Pound 6 at 701 North Sacramento.

Both OEMC and the Chicago Fire Department warn residents to take care with space heaters and avoid them if possible. If using space heaters, residents should make sure they are at least three feet from anything that could ignite. Due to the additional demand on furnaces and boilers, residents should check carbon monoxide detectors and replace batteries to avoid carbon monoxide poisoning.

To request a well-being check for someone who may be in danger, locate a warming center, report inadequate heat or connect to shelter or support services, Chicago residents should call 311. Any resident that is without heat or is in need of shelter should call 311.

The Illinois Department of Transportation put 400 of its salt trucks on the highways starting Saturday night, first to salt and then to plow.

"Due to the pavement being wet and the temperatures dropping, black ice will be likely. We just want to tell motorists to slow down and be very careful," IDOT spokesperson Carson Quinn said.

Cook County is also reminding pet owners to take precautions with family pets in the extreme cold and snow. Pet owners should bring all pets indoors, even if they're acclimated to outdoor living, limit time outdoors to help avoid frostbite as well as salt and ice irritation, and to properly secure all poisonous materials like antifreeze. County officials also remind residents that stray cats and wild animals often seek refuge on car engines during extreme cold.

A Winter Weather Advisory is in effect for Indiana on through 6 a.m. Tuesday, with up to six inches of snow predicted followed by high winds. The Indiana Department of Transportation (INDOT) is deploying salt trucks head of the weather to help mitigate the effects of any icy and snow that should accumulate.

INDOT is also warning residents about the dangers of "black ice," which are more likely to occur in temperatures as low as expected throughout the area this week.

At least one Chicago school will not be having class Tuesday because of the cold. Intrinsic Charter School will be closed because a heating unit is not working.

ComEd technicians were in the building working on the problem. School administrators say classes should resume on Wednesday.