CHICAGO (WLS) -- Snow will continue to fall across the Chicago area as bands of lake effect snow travel over the city and suburbs throughout the evening.

A Lake Effect Snow warning is in effect for Lake County, Ind., until 4 a.m. Wednesday.

"It's okay, we are happy because the whole year we were waiting for it," said Elias Metado.

From the get go, Tuesday's commute was a nightmare for drivers, as squalls of lake effect snow drastically reduced visibility and made roads and expressways slippery and slow-going. Things quieted down considerably later in the day.

"It's kind of hectic. My children said getting to school his morning, it took about an hour to get 15 blocks," said Andrew Slater, Chicago resident.

City crews tried their best to stay on top of the weather. Beginning Monday night, the Department of Streets and Sanitation put 287 salt plows and trucks on the roads, tackling the arterials first but with the goal of getting to the side streets before the afternoon rush.

"The last bit of snow should be out by 4, 4:30 so we should have everything clear for everybody, but we're racing a bit against time because the snow, the temperatures will drop precipitously this evening which means we want to get that snow out of there before it freezes over," said Mayor Rahm Emanuel.

By noon Tuesday, many side streets had received at least a once-over from plows, making it ab it easier to get around. Digging out the sidewalks was another story. Homeowners pulled out the shovels, in some cases for the first time this year.

"Today's my day off so I'm trying to take advantage of it," said Angelo Velasquez, homeowner.

"It's real light snow. Just push it away and it's gone, and it's already wet on the ground," said Louie Capuzi, homeowner. 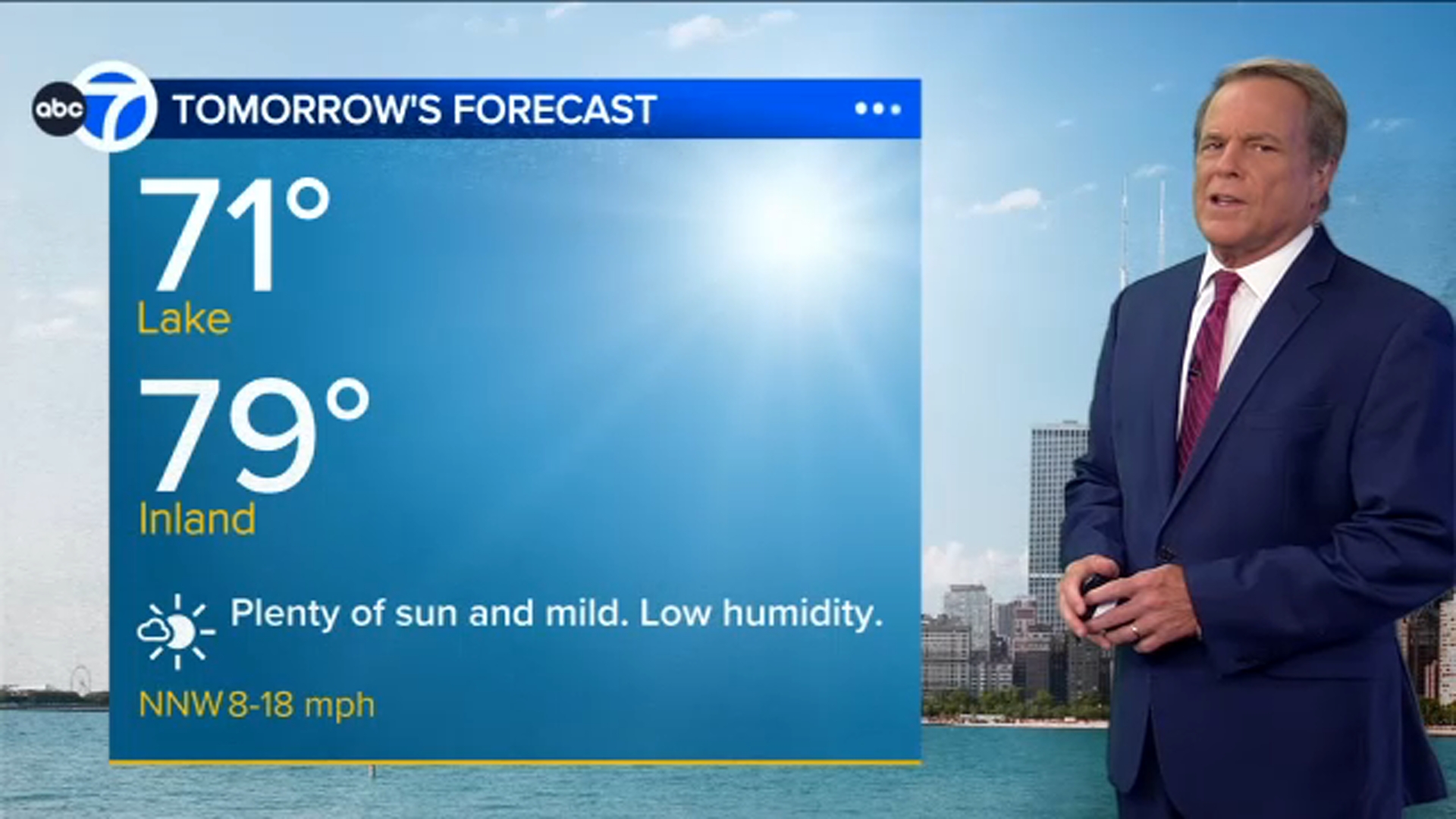 Several Chicago area schools, including St. Ignatius College Prep, canceled classes or started late Tuesday morning due to the weather. CLICK HERE to find out if your child's school is on the list.

NEARLY A FOOT OF SNOW POSSIBLE IN CHICAGO AREA

About a foot of snow had fallen in north suburban Waukegan by Tuesday afternoon.

Mother Nature is making a mid-March push to turn an unseasonably warm, dry winter in Chicago into something a little more seasonable.

Between 7 a.m. Monday and 7 a.m. Tuesday, 4.9 inches of snow fell at O'Hare International Airport, according to the National Weather Service. Southwest suburban Romeoville recorded 2.9 inches of snowfall during that span of time.

About a foot of snow had fallen in north suburban Waukegan by Tuesday afternoon.

"I couldn't go to school because the weather, I snowblowered my driveway and everything, so I just took the day off to clean the house," said martin Urbina.

Up to another foot of snow could pile up Tuesday afternoon. While Waukegan was one of the towns hardest hit, the same system created white out conditions in Wheeling and at times in Buffalo Grove, where public works bosses dispatched plows to clear and salt village streets.

"In our case, we try and get out and stay out in front of the storm. We may use a little bit more snow melting material than we typically would do for a storm," said Bryan Beitzel, Buffalo Grove Public Works.

And while a lot of people weren't happy about the return of winter, Betty Bergstedt chose to enjoy it as she cleared her driveway.

"It's Chicago. You know, we're supposed to have winter when it's winter," she said.

Over a 24-hour period, 5 inches of snow fell on northwest suburban Des Plaines.

Sofia Aldmeyer, 9, helped shovel her driveway while her dad cleared the sidewalk.

"I've been shoveling all morning. I am not tired and it's a little hard," Aldmeyer said, telling ABC7 she was glad to see the snow return.

At midnight, this winter's snowfall totaled 22.8 inches, the weather service said. That number is well below the seasonal average of 32.2 inches, which could be within striking distance if the lake-effect system packs its full punch.

In the months of January and February, not an inch of snow accumulation was recorded in Chicago - a first in recorded history. Before Monday, the last snowfall greater than an inch during this unseasonably warm winter occurred on Dec. 17 when 1.7 inches accumulated in Chicago.

"It was bound to come. We were asking for it. It was too nice in February and January. Too nice," said Olville Ocasio, a Chicago resident.

While Chicago braced for its first snowfall in months, larger snowstorms were expected on the East Coast. A blizzard watch was issued for the Boston area, with 12 to 18 inches of snow expected to fall over eastern Massachusetts as well as central and southern Rhode Island, according to the weather service.

Northwest Indiana has been hit hard by the lake effect snow Monday, and Gary is trying to dig out.

The morning reminded Hoosiers in Gary, Ind., that it is still. Motorists were stuck in slow traffic on I-80/I-94, struggling with whiteout conditions.

"I couldn't see, you know? You're creeping, doing 10 miles an hour, even 20, just not to run into anybody. This is the most dangerous snow I've seen in a long time," said Kindell Youngblood.

"White out conditions, it took about two and a half hours from the South Side of Chicago to Gary. Just slow moving the whole way," said Margaret Speski.

The lake effect bands brought some heavy bursts of snow. One dispatcher estimated that within 15 minutes a couple of inches of snow fell. Fire and police trucks were fitted with 0plows to help public works clear the most traveled roads.

"They were kind of slick, the guys were out, again, they worked 12 a.m. to 12 p.m. so they were out salting the streets, plowing, focusing on our main thoroughfares," said Cloteal LaBroi, Gary Public Works Director.

More snow is expected in Northwest Indiana throughout Tuesday night.

The Tuesday morning commute was a nightmare from the get go, as squalls of lake effect snow hit the city overnight and into the morning. Area roads and expressways were a mess; slippery and slow.

Drivers were advised slow down and maintain more distance than usual between the cars in front of them. The snow fell so fast that lane markers were hard to see and in some places, visibility was reduced to less than a mile.

A charter bus rear-ended a dump truck on the southbound Dan Ryan Expressway near 65th Street late Tuesday morning. The bus driver was pinned. Chicago firefighters extricated the driver from the bus and was transported to the hospital in serious condition. He is expected to recover.

Typically when traffic is as bad as it was Tuesday, public transportation is recommended. But trains and buses also got caught up in the weather delays.

It didn't take long for the wintry weather to wrap its snowy hands around the morning commute, slowing down traffic and causing delays of 10 to 45 minutes on roughly half a dozen Metra lines. Compared to the triple digit travel times on the expressways, Metra commuters ABC7 Eyewitness News spoke with weren't that upset.

"A bit tough, but you know that April is just around the corner. I think it's worse when it's in January. You think you've got to deal with it for three months," said Patrick Rattigan, a Metra rider.

"I thought that we missed this. But here it is. At least it's pretty. It's bright," said Yolanda Thompson, another Metra rider. "But Metra was late. So I forgive them. Again."

There was heavy boarding on CTA trains, but no major delays during the morning rush period. Buses on the other hand, can only go as fast as the traffic allows.

Two chain reaction crashes involving a total of 35 vehicles happened less than a mile apart in the express lanes of the Kennedy Expressway around 10:30 p.m. Illinois State Police said seven people were hurt. Slick roads played a role in the crashes, ISP said.


"It was slick. I mean, I was actually talking to a gentleman here. You know, everyone is doing an amazing job. But really, when we thought about it, none of us... We were all going too fast and I don't know if the express lane should have been open," said Benjamin Johnson, a driver involved in the crash.

A major storm on the East Coast has brought travel to a standstill as snow is dumped on New England and New York City.

Snow falling in Chicago and a powerful storm out east made for a bad situation at the airports Tuesday. 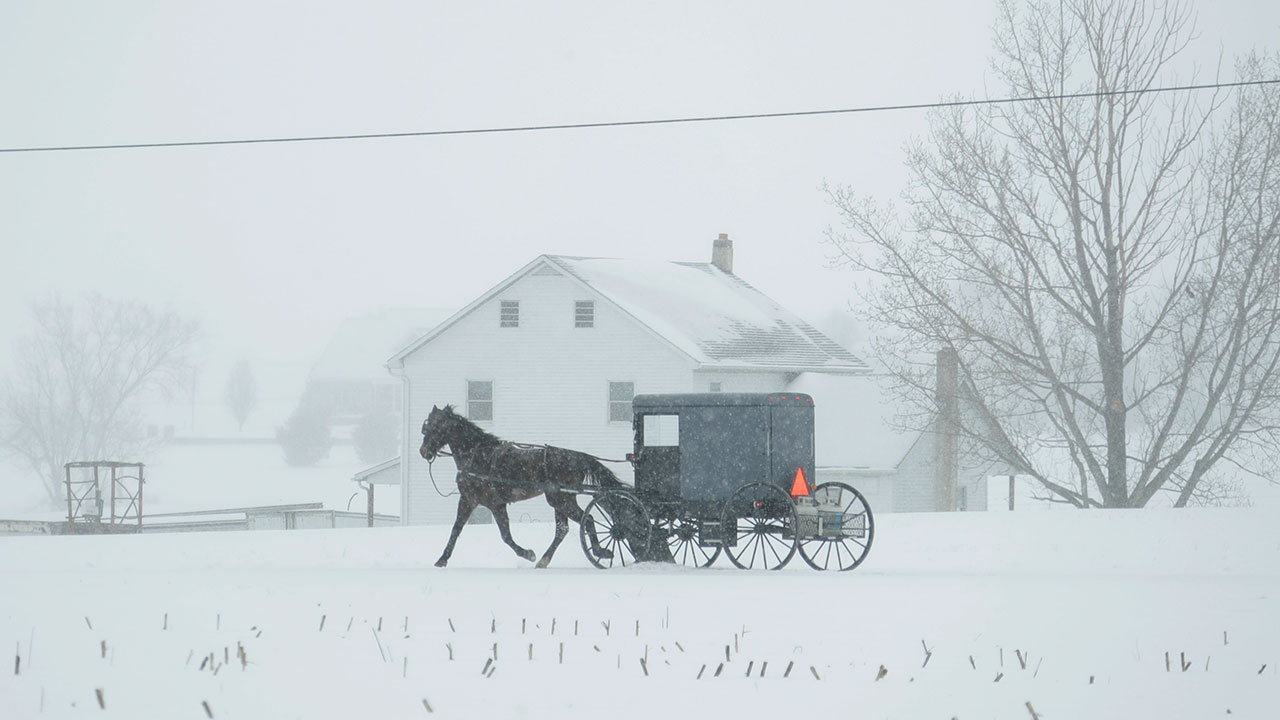 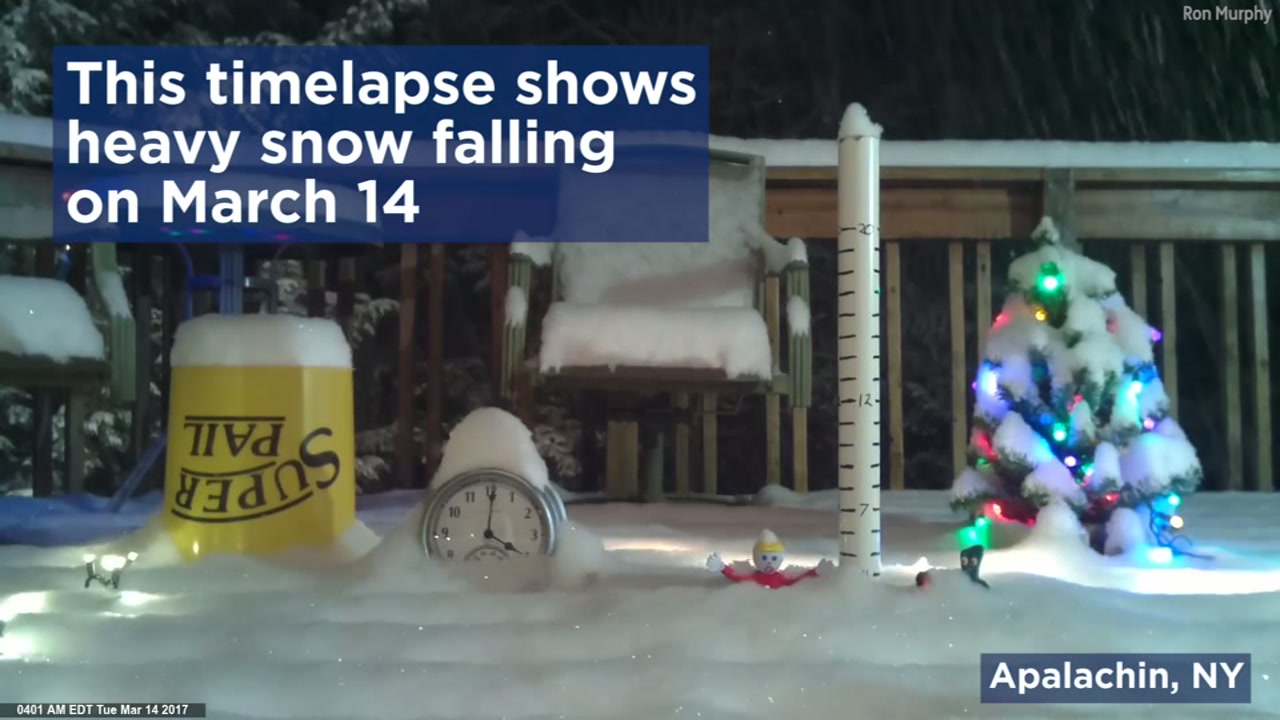 Across the country, airlines grounded 6,350 flights Tuesday and Wednesday. This is the second day of the air travel frustration for passengers at Midway and O'Hare. There were hundreds of cancellations Monday as well.

All of the big airlines waived ticket-change fees for those who had flights affected by the winter storms.

Some travelers' flights were on time Tuesday, but they are traveling south or west. Regardless, many kept their fingers crossed that the cancellations and delays would not affect them. On the flip side, many people had to rebook their flights and their vacation plans were put on hold.