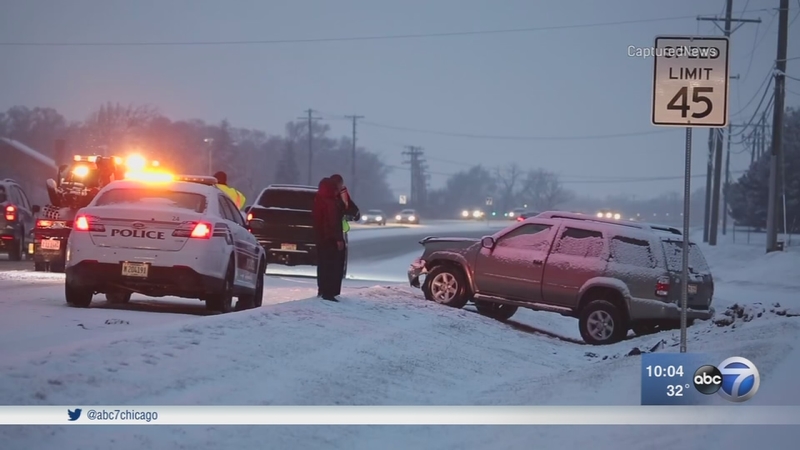 CHICAGO (WLS) -- A band of snow that moved through the Chicago area made the evening commute slow and slippery, especially in the north and northwest suburbs.

The blast of winter was impeccably timed, bringing the evening rush to a crawl.

Crashes and spinouts dotted the roadways. The band of snow, which began falling in the north and northwest suburbs around 5 p.m., hit McHenry and Lake counties the worst.

The band produced 1 to 2 inches of snow across the area, with heavier snowfall north and northwest and lighter snowfall when the band weakens as it moves south.

Downtown the fat flakes made the walk to the bus or train a bit treacherous. As most left work, Martin Carbajal was just starting, his truck ready to tackle snowy parking lots. He said he had at least eight hours of plowing to do.