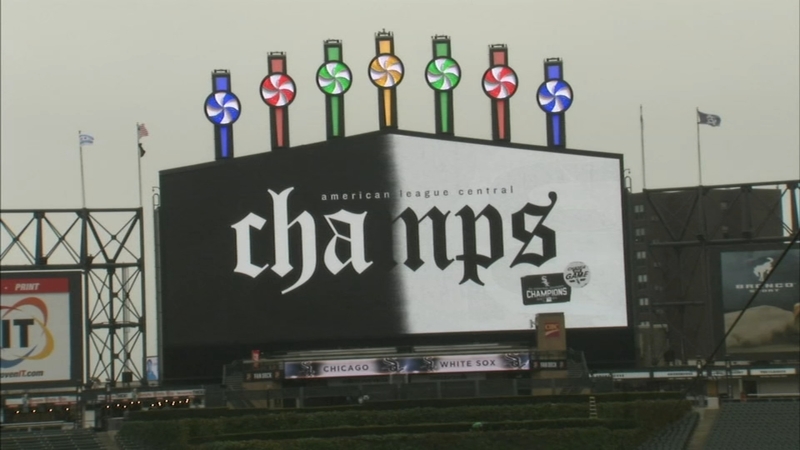 CHICAGO (WLS) -- The White Sox are ready to welcome a sold-out crowd Sunday night when the team plays the Houston Astros in the AL Division Series Game 3, which will be the first time in 13 years Sox fans will be in the stands to watch the team play a postseason game.

Fans were not allowed to attend postseason games last year because of the pandemic. This year is totally different, and the excitement is building on the South Side.

"It's been a long year, going from 25% capacity, to 60% capacity, to 100% capacity. This is the payoff for a lot of hard work by a lot of people," said Brooks Boyer, Senior Vice President and Chief Revenue & Marketing Officer for the White Sox. "The elevation and excitement of the fans is off the charts."

Tickets are hard to find right now, but Boyer said Major League Baseball is expected to have more available soon. "There will be tickets that are released. We're telling people to stay tuned to White Sox.com for tickets and additional parking passes that will be put out there," he said.

Along with purchasing pre-paid parking, Boyer recommended visiting WhiteSox.com for more information about traffic flow and parking for Sunday.

While White Sox workers prepare the ball field, bar owners and managers who own establishments on the South Side are also prepping for the big day too. They are expecting overflow crowds, and their phones are already ringing, days ahead of the game.

"We're getting calls already, every day, saying, 'Do you take reservations? How early do I have to come?' People are just so excited," said Carrie Stegmiller, manager of Turtles Bar and Grill. "Sunday is going to be off the charts, insane. Best mood ever."

Stegmiller said they went over their stock this week, and they now have what they are jokingly calling a "Wall of Beer" ready to go Sunday.

When it comes to Sox gear, Grandstand at 35th and Wallace experienced a steady flow of customers, especially after the team announced they want everyone to wear black Sox gear Sunday.

"Obviously, everyone wants their playoff gear, and everything the players wear, which we carry, all the way down to the little ones. So you are able to outfit the entire family, which is nice," said Josh Ganal, Grandstand's co-owner. "Anything black, obviously, they made that announcement, so anything black, that's where it's at right now."

White Sox fan Billy Petrocelli was at the store. He planned on purchasing a sweatshirt and a new hat. "It's like old times again, like back when I was a teenager," he said about the team's winning ways.

When it comes to Cubs fans, Boyer is inviting them to jump onboard the bandwagon, fully aware Sox fans may dislike that idea.