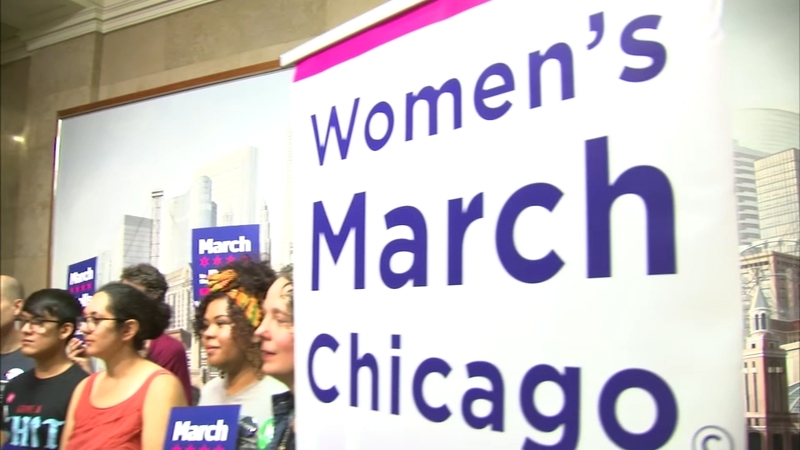 CHICAGO (WLS) -- When millions of people head out to the 2019 Women's Marches, they won't be coming to Chicago. That's because there isn't going to be a march.

At the peak of the #MeToo movement, 300,000 people turned out for last January's women's march and rally in downtown Chicago. The momentum continued when 100,000 showed up for October's March to the Polls event right before the midterm elections. The organization Women's March Chicago decided two marches is enough for one year, so it will not be holding a march during the movement's 3rd anniversary in January.

"Planning a march takes a lot of work, a lot of work and you want to do it right and keep in mind we are all volunteers," said Jaquie Algee, president of Women's March Chicago.

Algee said marches are expensive and cost the self-funded organization about $150,000 per march. Algee said the decision has absolutely nothing to do with controversy surrounding organizers of the national group Women's March Inc.

While a Washington, D.C. march is planned for January 19, leaders of the national group have been accused of anti-Semitism and having ties to Nation of Islam leader Louis Farrakhan. Algee said Women's March Chicago is independent of Women's March, Inc.

"We have no affiliation with Women's March, Inc. Our affiliation nationally is with March On," Algee said.

March On is the umbrella organization of local women's marches throughout the country. While Chicago will not hold a march in January, marches are planned in some suburbs and Illinois towns. For big organizations, like Planned Parenthood, that partner with Women's March Chicago, the decision to skip the January march will not slow down their cause.

"The conversations, the awareness, marches, letters to the editor, people speaking out are all continuing to have an impact," said Julie Lynn, Planned Parenthood of Illinois.

Instead of a march, Women's March Chicago plans to hold a day of service on January 19th, encouraging all of its members and followers to give back on that day.