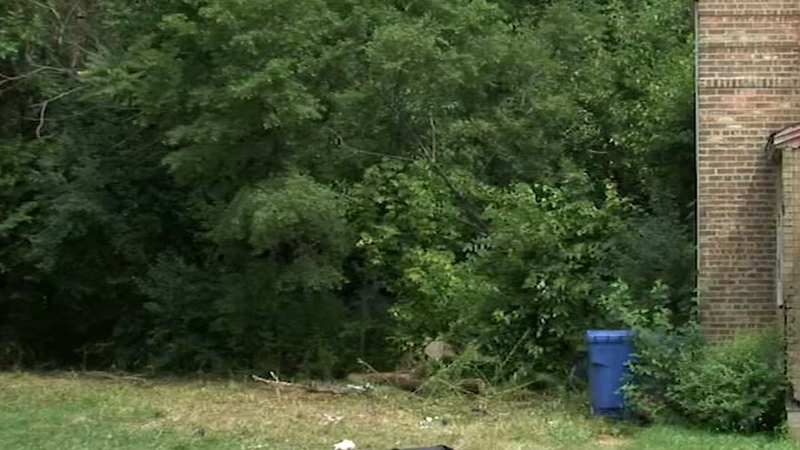 CHICAGO (WLS) -- No one wants an eyesore in their neighborhood. But what if you were falsely accused of creating one, and on the hook for $1,500 in fines?

Benjamin Neal has been battling false fines over weeds which are growing at a home that isn't his.

Neal owed $1,242 in city fines, which jumped up to $1,559 after the City of Chicago sent a debt collection law firm after him.

The violation is on the side of a home in the West Chesterfield neighborhood, which isn't his.

The home in question is a few doors down from Neal's. A city inspector from Chicago's Streets and Sanitation Department included pictures of that home in that violation documentation. But there's a problem.

"My address is on the paperwork," he said.

Neal's address and name were somehow associated with the city's images of the home with those weeds.

The I-Team checked public records and confirmed the home does not belong to Neal.

Neal's home, on the contrary, is fairly tidy with no weeds.

"My house is totally different. I got mulch in the backyard and they don't even show the backyard over there," said Neal.

He said he even tried to explain in a city court hearing but had no luck.

"I've gone to the court, so I don't know about all the legal systems of calling them or anything or any more than that and then filing for an appeal," he said.

So he turned to the ABC7 I-Team. They brought his case to Chicago's Streets and Sanitation Department. A spokesperson for the city's Law Department agreed with the I-Team's findings, stating: "The City of Chicago is moving to vacate this judgment and void the fine in this case. After a review of the facts, it was discovered that an error was made while determining the owner of the property. The City has been in touch with Mr. Neal about this issue and apologizes for the mistake."

"I'm just a regular citizen trying to make it out here in this world - that's all," Neal said.

The city added that this was a rare mistake, saying it processes more than 40,000 title searches annually without error.

However The Office of the Inspector General recently discovered other problems with the ticketing process. The Inspector General's report said the city's Law department takes an average of nine months after a violation occurs, to actually issue a notice to the offender.