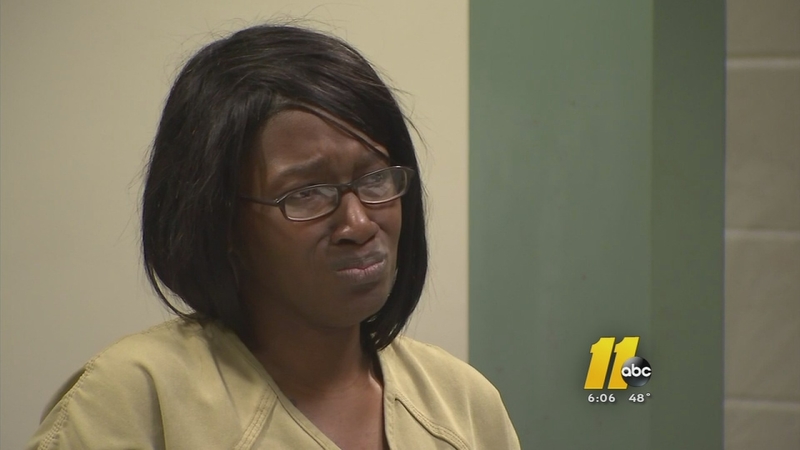 FAYETTEVILLE, N.C. -- A Fort Bragg soldier has been arrested and charged in connection to her three year old daughter's death.

Immediately following the girl's passing Tuesday, Bennett-Smith's husband JeMarkus Smith was arrested and charged with the same offense. Authorities said more charges are possible, and they're also re-opening the death investigation for the couple's first child, who passed away last year of Sudden Infant Death Syndrome, or SIDS.

On Dec. 1, Fayettevillle police said they responded to a report of an unresponsive toddler in the couple's Regency Drive apartment. While the cause of death has yet to be determined, the girl, referred to as "J.S." in court, died a short time later at Cape Fear Valley Medical Center.

On Wednesday, prosecutors said Bennett-Smith was responsible for the child's busted lip and bruises to her inner thighs and back. While the allegations were read in court, Bennett-Smith shook her head and cried.

District court judge Tal Baggett originally told Bennett-Smith she faced Class E felony that could mean up to 88 months in prison. A prosecutor pointed out the offense as a Class D, which would increase the maximum sentence to 204 months.

Two women showed up to support Bennett-Smith. One of women identified herself as one of the soldier's superiors from her Fort Bragg unit. She declined to offer her name, but spoke highly of Bennett-Smith.

"She's an excellent soldier, and it's a shock and surprise," the woman said.

Both Bennett-Smith and Smith remain in the Cumberland County jail under a $1 million bond. They are scheduled to appear in court later this month.

Anyone having information concerning these incidents is asked to call Detective J. Littlejohn at (910) 818-3468 or Crimestoppers at (910) 483-TIPS (8477). Crimestoppers information can also be submitted by visiting http://www.fay-nccrimestoppers.org/send_a_tip.aspx and completing the anonymous online tip sheet or by text-a-tip on your mobile device by sending a message to 274637 (in the text box type "4Tip" followed by your message).