Girl, 6, and woman wounded in shooting during family gathering inside Berwyn home

WLS
By ABC 7 Chicago Digital Team
BERWYN, Ill. (WLS) -- A 6-year-old girl and an adult female are recovering after being shot in west suburban Berwyn.

Officers responded to a home in the 1200 block of Wenonah at around 1:35 a.m. Saturday morning, according to the Berwyn Police Department.

The girl was shot in her left foot and the woman sustained a gunshot to her ankle, police said.

Both were in the basement of the home for a small family gathering when unknown offenders fired three to five gunshots through home's glass block windows, police said.

According to police, the child is a Chicago resident and the woman lives at the home. 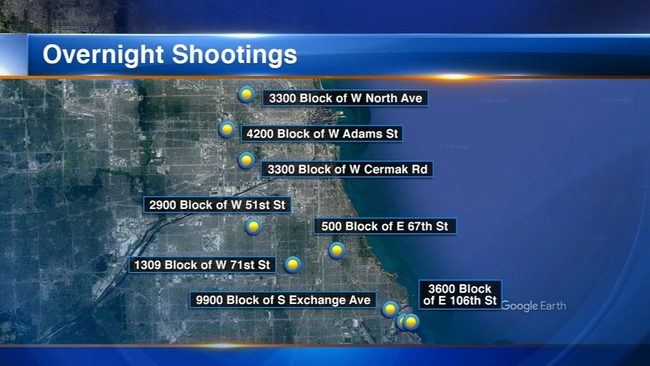