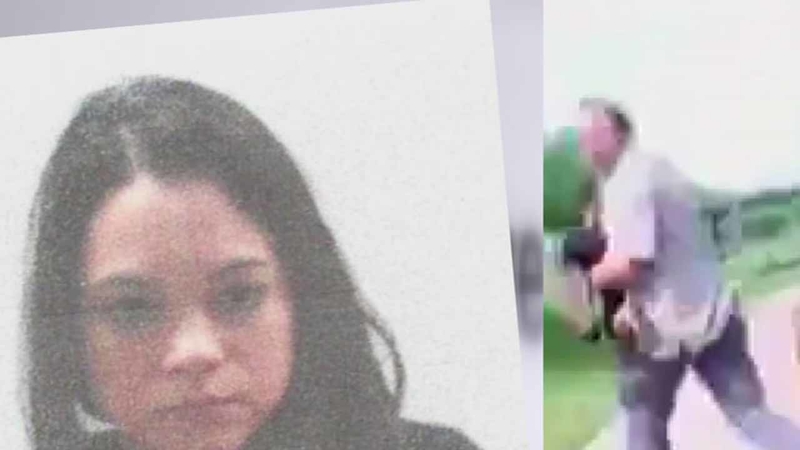 HOUSTON -- A mother has been arrested after court documents reveal she filed nearly a dozen false CPS reports against the father of her child.

Maria "Angie" Resio was arrested in Cameron County last week on a felony count of making a false report. According to court documents, Resio made ten reports to CPS over a span of five years of neglect, abuse and sexual abuse. Court papers state Resio, on several occasions, was verbally combative with CPS workers. According to court records, caseworkers found no evidence of abuse in Resio's daughters case.

"People can get very aggressive in litigation and make false claims," said longtime family law attorney Lauren Waddell. "Some people use that as a tool in litigation to gain the upper hand."

In April, Resio emailed abc13 a video of her at a park. The video shows a man serving her court papers while her daughter is playing at the park. Resio is then heard screaming as she runs to keep her daughter's father from taking her. Resio stated in the email she had an appointment for a CPS evaluation that day. That CPS report, according to court papers, was not substantiated.

"It's devastating," said Waddell. "It's very detrimental to the case for one, but it could be devastating to that particular parent socially, financially. They could possibly lose their job, lose their child, temporarily or forever."

She said these types of arrests are rare, even though she said this kind of thing, false CPS reports, happens all the time.

"I'm glad that the DA and prosecutor are taking steps to prosecute these situations. I think it's very important," said Waddell.

Waddell said the ones who really suffer are the kids in the middle.