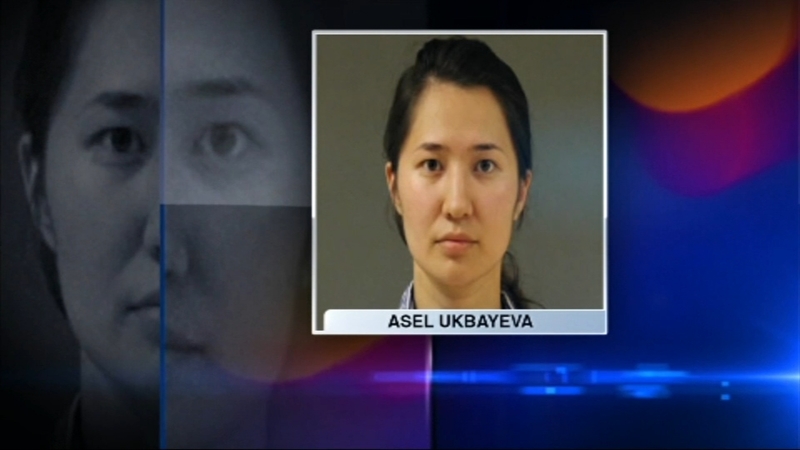 NILES, Ill. (WLS) -- A child was saved from a hot car in the parking lot of the Fresh Farms grocery store in Niles Tuesday. The toddler's mother is now charged.

Asel Ukbayeva, 24, of Evanston is charged with endangering the life of her child. Police said she left her 2-year-old son locked inside a parked vehicle in the Fresh Farms parking lot before 3 p.m. The outside temperature at the time was 94 degrees, and the temperature inside the vehicle is estimated to have been as high as 110.

WATCH: What to do if you see a child left in a hot car
EMBED More News Videos

What to do if you see a child left in a hot car.

"If your child is sleeping in the car in this day and age, you really need to take your kid out of the car regardless if they're upset or not. The temperatures go up so rapidly and even in a partially enclosed car," said Niles Police Commander Robert Tornabene.

Fortunately for the boy, one of the cart collectors at the grocery store spotted him and alerted a supervisor, who then took it upon himself to rescue him.

"He was sweating profusely," said Steven Tran, Fresh Farms supervisor. "The windows were wide enough for my arm to reach the lock and unlock the car."

That set off the car alarm, and released a wave of stale heat. Tran said the child didn't move.

"At that point he was passed out, drenched in his own sweat," he said. "I unbuckled his seatbelt, picked him up and just ran back inside."

WATCH: How hot can the inside of a car get in 10 minutes?
EMBED More News Videos

We've all heard the devastating stories about children dying after they've been left inside a parked car on a hot day. But do you know how hot it can get on a relatively cool day?

"He was heavy," Tran recalled. "He was drenched in his own sweat. I was just holding on making sure no car hits me because I was just sprinting back," Tran said. And the fact that the child was unconscious worried him.

"Oh yeah, definitely," he said. "The way he wasn't responding."

Once he was safely inside the store's air conditioning, he tried to bring the boy around.

Tran said the traumatized child clung to him.

Police said they do not know how long the toddler had been in the car, but that it took them 20 minutes after they arrived to locate the mother, who showed up with multiple bags of groceries.

"It's dangerous," Tornabene said. "I mean, we heard her say, 'Oh I just wanted to get some quick groceries.' She came out with bags of groceries. It wasn't just a single item. It wasn't in and out."

Tran also said when he first rescued the boy he was unresponsive, and said he had to take the boy into the store's air conditioning before he came around. The boy was released into his father's custody and the Illinois Department of Children and Family Services was notified.