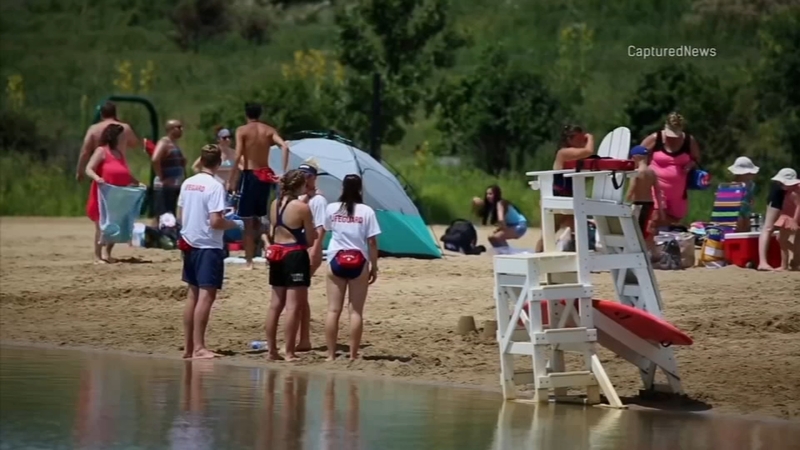 CRYSTAL LAKE, Ill. (WLS) -- A girl was found unresponsive and pulled from the water at Three Oaks Recreation Area in Crystal Lake on Tuesday.

Police said the 6-year-old girl was found face down in the water at about 1 p.m. Witnesses and a Three Oaks lifeguard immediately pulled the girl from the water and began administering CPR.

"All the sudden we saw all the lifeguards blowing their whistles and doing the motion for everybody to come out," said Jude Anber, who was at the beach.

"And then there's this lifeguard, she jumped off the chair. And I'm like, 'Whoa, what's happening. Oh my god,'" said Sara Mohamad, who was at the beach.

Rescuers said someone had spotted the girl in the lake water and a man went sprinting in after her.

"I saw this man running with a white blanket. He was with this really worried expression," said Homza Bangash, who was at the beach. "He was running straight up toward the firemen and ambulance and everything. He was running really fast."

Authorities said the girl was initially transported by ambulance to Huntley Centegra Hospital. She was then flown to Advocate Lutheran General Hospital where she was listed in stable condition. Rescuers said the fast response and urgency likely saved the girl's life.

The recreation area is located on Vulcan Lake and includes a public beach managed by the city of Crystal Lake.

The recreation area, located at 5517 Northwest Highway, was closed following the rescue while authorities investigated.