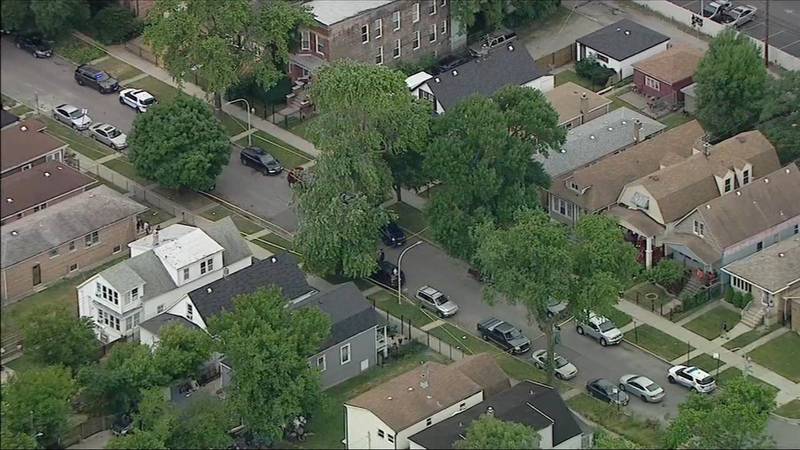 CHICAGO -- A 3-year-old girl was hurt in a shooting Monday in Chicago Lawn on the South Side.

The toddler and a woman, 33, were in the 6500 block of South Claremont Avenue about 3:10 pm. when someone in a tan-colored vehicle opened fire, Chicago police said.

Chopper7 was over the scene in Chicago Lawn Monday afternoon after a 3-year-old child was injured in a shooting.

A bullet grazed the girl in the back and she was taken to Comer Children's hospital in good condition, police said. The woman was not injured.

No arrests have been reported. Area One detectives are investigating.

The shooting follows one of Chicago's most violent weekends in years. Between Friday evening and Monday morning, 14 people were fatally shot, among them 3-year-old Mekay James, who was killed while riding in a car with his father in Austin.