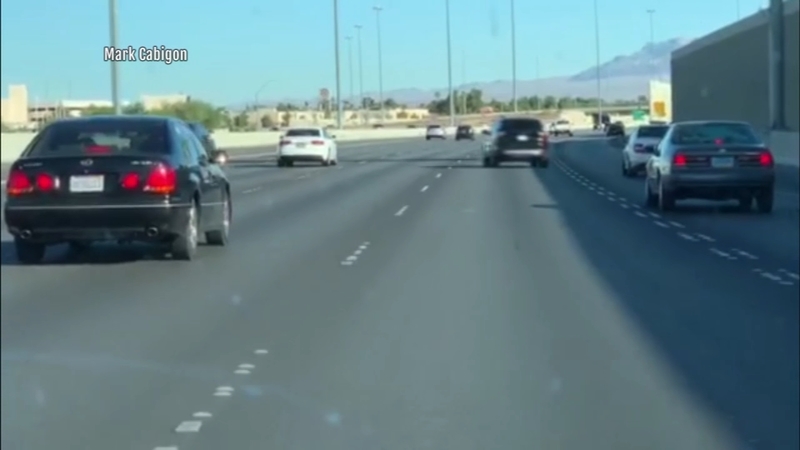 LAS VEGAS, Nevada -- A 9-year-old boy is safe after taking his mom's car out for a spin in Las Vegas, according to police.

Mark Cabigon captured the harrowing scene while driving in his car, traveling north on US-95 Sunday morning. At first, he thought it was a drunk driver.

"He was like erratic. He got at least like four or five missed accidents. He was literally touched by an angel that day," Cabigon said.

It turns out, to Cabigon's surprise, the erratic driver was a 9-year-old boy.

"When other kids are playing Grand Theft Auto and their videos, this kid did a lot more," Cabigon said.

Cabigon said the boy drove at least six miles on US-95.

Officers were able to stop the vehicle.

Cabigon also stopped and spoke to the boy.

"I told him very politely like, 'Hey next time, don't do this because you're going to hurt other people.' And my heart just melted when he responded, 'Okay, yes, I'm not going to do it,'" Cabigon said.

Cabigon said he's relieved nobody was hurt and no cars were damaged.

Police said the boy's mother was taking a shower at the time of the incident.

"I hope we're not too quick to judge the parents, because it's hard, and just don't blame the parents totally. Let's not put judgment," Cabigon said.