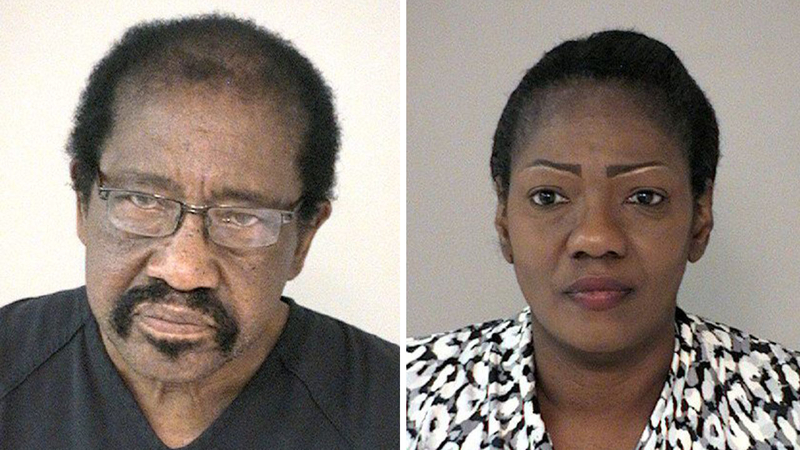 RICHMOND, TX -- The seven special needs children who were recently discovered so badly neglected will remain in the care of the State of Texas, for now.

A judge approved an agreement for the kids to be placed then into foster care once they are released from the hospital. All seven were discovered suffering from malnourishment.

The were discovered locked in a room in a home on Falcon Creek Court in Long Meadow Farms on November 22 following a tip to Child Protective Services of neglect.

The kids - two of whom were wearing diapers - were age 13 to 16 at the time, according to court documents. Investigators say the room, which had boarded up windows, smelled of urine and feces.

Paula Sinclair is the adopted mother of the kids but, according to court records the kids said she was hardly around. They told investigators they were left with Allen Richardson. They said he hit them repeatedly when they disobeyed or even were just too loud, striking them with things like a wooden board, a broom, a bat and even the buckle of a belt. The kids told investigators they were never allowed downstairs in the home and were fed only twice daily . They were allegedly fed only "rice and beans".

It's not clear how long the children might have been neglected and abused. They never went to school. One of them told investigators "I didn't know my age because we (have) been sitting in the room so long."

CPS told ABC Houston Sinclair adopted all of the children in 2003 and 2004. Prior to that they discovered no other issues in the home, not even after another child died in Sinclair's care in 2004. Neighbors didn't even know there were children living here. "I can't understand how a person would do children like that? I can't understand. It makes my heart hurt," said one neighbor who did not wish to be identified.

Sinclair and Richardson both refused requests for comment at the Fort Bend county Jail. Each is held in lieu of $200,000 bond. They've been arrested on allegations of kidnapping and injury to a child, but they've not yet been indicted. A judge could decide in January whether to take custody of the children from Sinclair permanently.
Related topics:
texaschildrenkidnappingu.s. & world
Copyright © 2022 KTRK-TV. All Rights Reserved.
TOP STORIES
Bears hiring Matt Eberflus as new head coach
CPS teacher killed in murder-suicide was active in violence prevention
Longtime Lombard couple spends final days together battling COVID
Chicago parents hope some good can come from son's death
11-year-old boy charged in West Englewood carjacking: CPD
Lower Wacker shooting of carjacking suspect caught on video: sources
Biden confirms he will nominate first Black woman to SCOTUS
Show More
2 charged in murder of girl,8, in Little Village due in court
Truck slides off Indiana tollway, leaving trailer dangling from bridge
FBI: QR code scams on the rise
What to know about the judge viewed as Biden's top Supreme Court pick
Chicago Weather: Breezy, milder Thursday
More TOP STORIES News