2 teens, 14 and 15, charged in shooting death of Chinese-food deliveryman 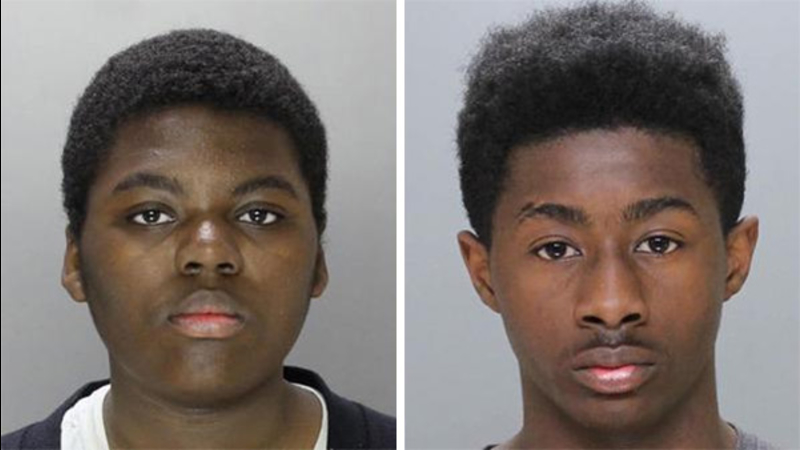 PHILADELPHIA -- Two teenagers have been charged in connection with the shooting death a Chinese food deliveryman in Philadelphia's Crescentville section.

The suspects, 14-year-old Shamir Walker 15-year-old Tyquail Duffy, were arrested over the weekend.

Both will be tried as adults.

49-year-old Rendong Zheng was making a delivery to the Hill Creek Apartments in the 500 block of Hill Creek Road late Thursday night when he was approached.

Twelve shots were fired - one hitting Zheng in the shoulder.

He drove away and managed to make it to Adams Avenue and Bingham Street, where he lost control of his car and drove onto a grassy median before crashing through a fence and hitting a pole.

Medics took him to Albert Einstein Medical Center, where he was pronounced dead a short time later.

Zheng was a delivery driver for the New China Restaurant on the 5800 block of Rising Sun Avenue.

The restaurant was closed on Friday, but Action News was able to talk to some local business owners and residents who are saddened by his killing.

"That's terrible, that's terrible. The neighborhood will not be the same," said Tracy Hartman from Crescentville.

Police say a motive for this killing is still unclear.