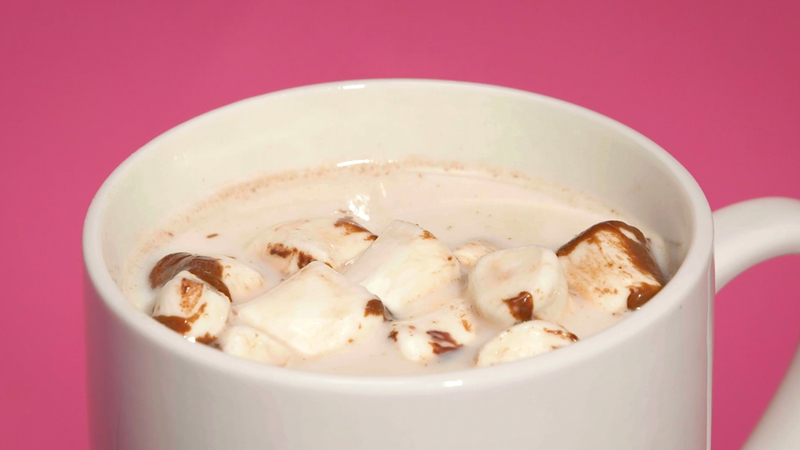 You've oohed and aahed at videos of them 'exploding' into a cluster of marshmallows bathed in chocolate milk.

You may even have indulged in the sheer joy of them yourself during the bleak pandemic days.

But we bet you didn't know where they first began - in the kitchen of one California business that had no idea it was launching a worldwide food trend.

"An October morning two years ago, I woke up to my phone just going crazy," recalls Max Debbas.

Max is the president of Debbas Gourmet, a family-owned chocolatier in Fresno.

Over 40 years, they've grown from a small ice cream shop run by Max's father and mother, to a large manufacturer of handcrafted chocolate products with customers around the world.

Still, that success had not prepared him for the kind of colossal sales that were coming his way - beginning that October morning, when call after call about the viral fame of hot chocolate bombs poured in.

Debbas Gourmet was the first to come up with the concept of chocolate bombs years ago, he says. The company had been producing them from 100% chocolate for private label customers since 2017.

There were no products like that for several years until around 2019, when other companies began making them, but from cocoa instead of chocolate.

Then in the winter of 2019, some inventive TikTokers came up with their own recipes to make cocoa bombs at home - and a viral food trend was born.

Around that time, Debbas Gourmet had recently launched their own label, A'cappella, and were selling the hot chocolate bombs as 'BevBombs' under it.

And overnight, their sales skyrocketed.

"It literally blew up," he says. "We were getting calls from everybody, Costco, a lot of people... so we quickly began producing them at full speed, and we haven't slowed down since."

Not only have they not slowed down, they've now launched multiple new flavors of the Bev Bombs.

Besides the classic chocolate original, you can now buy them in chocolate raspberry, white chocolate peppermint, and pumpkin spice.

Max says each bomb is made from real chocolate.

"We use all-natural ingredients, there's nothing artificial, no flavors, no fake chocolate or coating," he says. "The marshmallows, even, they're gelatin-free, they're kosher, all made by hand."