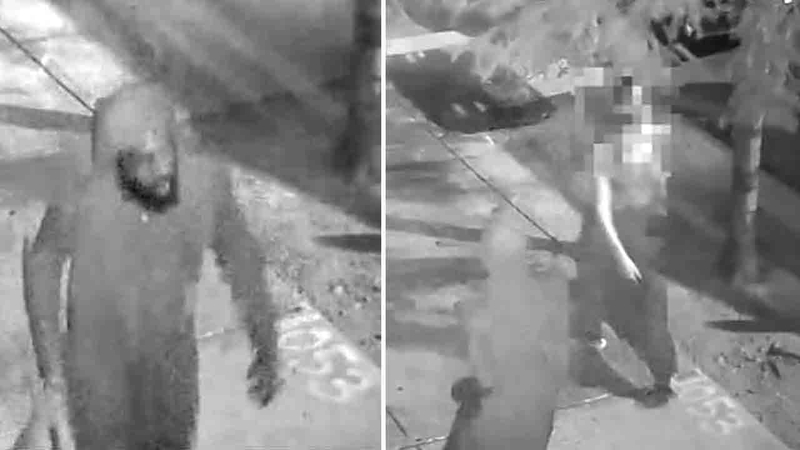 CROWN HEIGHTS, Brooklyn -- The search is on for a man caught on camera choking and robbing a woman in Brooklyn.

It happened August 8 on the corner of Schenectady Avenue and Bergen Street in Crown Heights.

Surveillance video released by the NYPD shows the 34-year-old victim being attacked by a man walking in her direction.
EMBED More News Videos

N.J. Burkett reports after a man caught on camera choking and robbing a woman in Crown Heights, Brooklyn.

She is thrown against a parked car and placed in a choke hold until she gives up her backpack.

The man says something to her before escaping with her cellphone and an iPad.

The victim suffered bruises and cuts to her face neck and body.

Bergen Street looks safe enough in daylight, but residents say late at night it can feel a lot different.

"We've complained as a neighborhood for more lights," Jove Meyer said. "Police always say that crime happens in the darkness, but then they don't make effort to make it brighter. So make our streets safer."