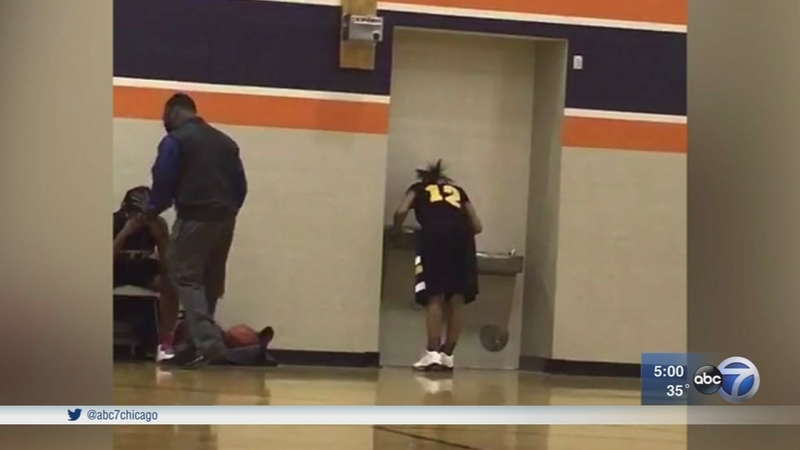 CHICAGO (WLS) -- The girl's high school basketball coach at Christ the King College Prep in Chicago's Austin neighborhood has been fired after a physical confrontation on the sidelines was captured on video.

Someone in the stands took video of Coach Edward Douglas apparently targeting a player with expletives and more at last Thursday's game.

"For him to knock her hands down and push her face, was just, it was shocking, it was just, wow," said Michael Airhart, a spectator.

The school's spokesman said the coach was fired Monday and released a statement saying in part: "We have met with the student, her parent, her teammates and their parents, and have communicated with all of our students and parents. The well-being of our students is our highest priority."

"I was heartbroken," parent Melloney Emanuel said. Her daughter doesn't play basketball at Christ the King, but Coach Douglas was her daughter's coach in elementary school. "He's a tough, tough coach. I think that's what these schools need now, a tough coach. A young, black coach who absolutely loved my kids."