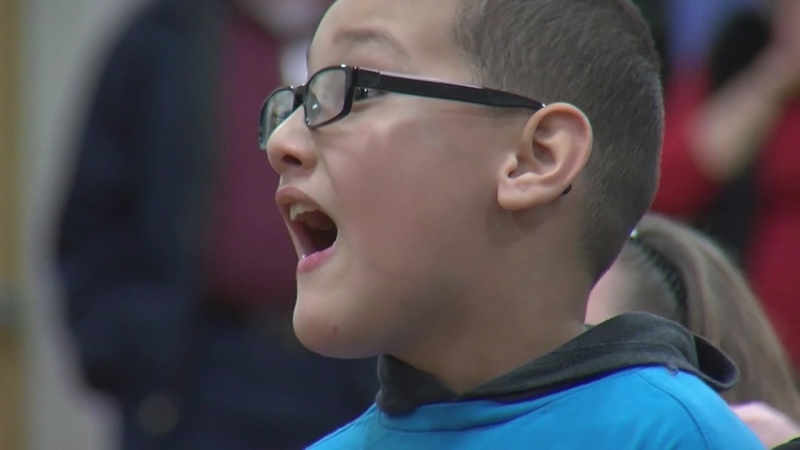 HARRISBURG, Pa. -- A boy in Pennsylvania got a Christmas surprise he's longed for - a chance to see his beloved grandmother again.

Illeana Santiago, the grandmother who helped care for him while his mother worked, stayed behind.

Sanchez's school, South Side Elementary, tries to help kids in need over the holidays. Marianne Troutman, a 4th grade teacher at South Side, said the school's mission has grown over the past few years. They were able to help 93 families this year, in addition to Mikaael's family.

"It was really hard for her," said Michelle Sanchez, Mikaael's mom.

"He could have asked for anything and he asked for his grandma," said Shawn Lynam, who helped raise money to bring Santiago to the U.S. in time for Christmas. "So we had to get him Grandma."

As Mikaael and his classmates sand "Feliz Navidad" - one of his favorites - Santiago and the boy's aunt, Jeannellie Sanchez, walked into the school gym.

Mikaael, initially overcome by shock, burst into tears as he wheeled his chair over to them. Santiago wrapped her arms around her grandson as he cried.

Thanks to Lyman's crowdfunding campaign, the two women were flown to Harrisburg, will get to stay in a hotel for a week and will have some extra cash for food during their stay, among other gifts.

"She says she doesn't have words," Jeannellie Sanchez told Lynam, translating for her mother.

"I don't either," he responded.