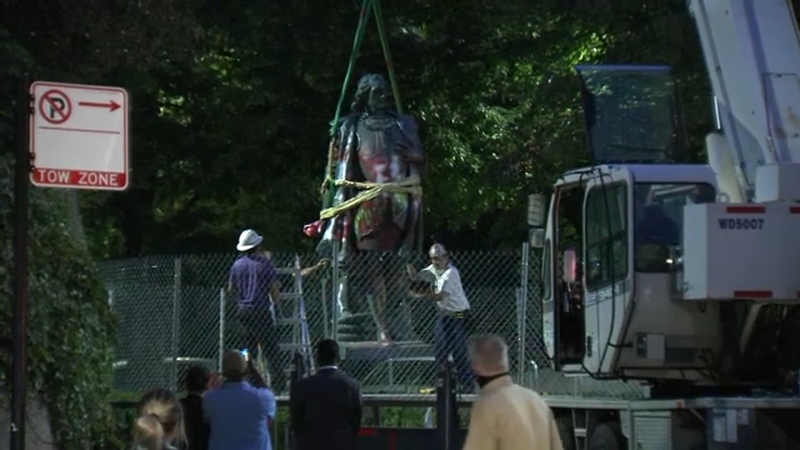 CHICAGO (WLS) -- Italian-Americans across Chicago came together Sunday to "pack the park" as part of Italian Unity Day.

The group met in Arrigo Park, which is one of the sites where the city removed a Christopher Columbus statue last summer. Sunday marked the one-year anniversary of the removal after civil unrest.

The event comes a week after the Joint Civic Committee of Italian Americans filed a lawsuit against the city, alleging the Park District broke a nearly 50-year-old agreement that the statue at Arrigo Park wouldn't be taken down without the group's written approval. They are also demanding the city return the statue to the park.

"We are not asking for damages, an explanation or even an apology. We simply want the statues back where they belong, plain and simple," JCCIA President Ronald Onesti said during a press conference about the lawsuit.

The group argues Mayor Lori Lightfoot ordered the removal of three Columbus statues as a safety measure during protests. Group members believed the move was temporary, and want the statues put back.

The Joint Civic Committee of Italian Americans discusses a lawsuit calling for the return of a Columbus statue.

"These statues were not put up to specifically to honor Columbus the man or his accomplishments. They were put here to honor our parents and grandparents who help build this city," he said.

The city said it's reviewing the lawsuit and the Chicago Monuments Project is currently looking into the Columbus statues to ensure they're reflective of the city's diversity.