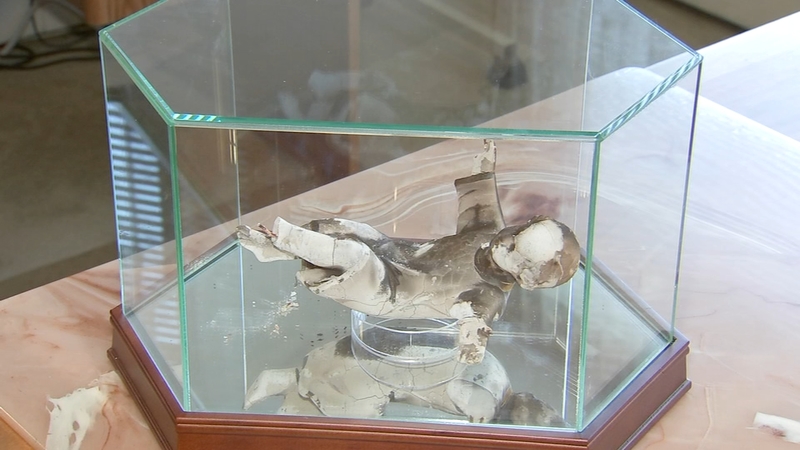 CAROL STREAM, Ill. (WLS) -- A suburban church says a fire that broke out near the holidays destroyed its Nativity scene, but one figurine was left intact: baby Jesus.

When parishioners at Saint Luke Catholic Church in suburban Carol Stream reflect on the fire, they find comfort in their faith.

The fire broke out sometime between December 29-30, and it was already put out by the time it was discovered.

"Wow, Christmas miracle. There is no reason it should have gone out," said Mary Lou Gabl, a parishioner at Saint Luke. 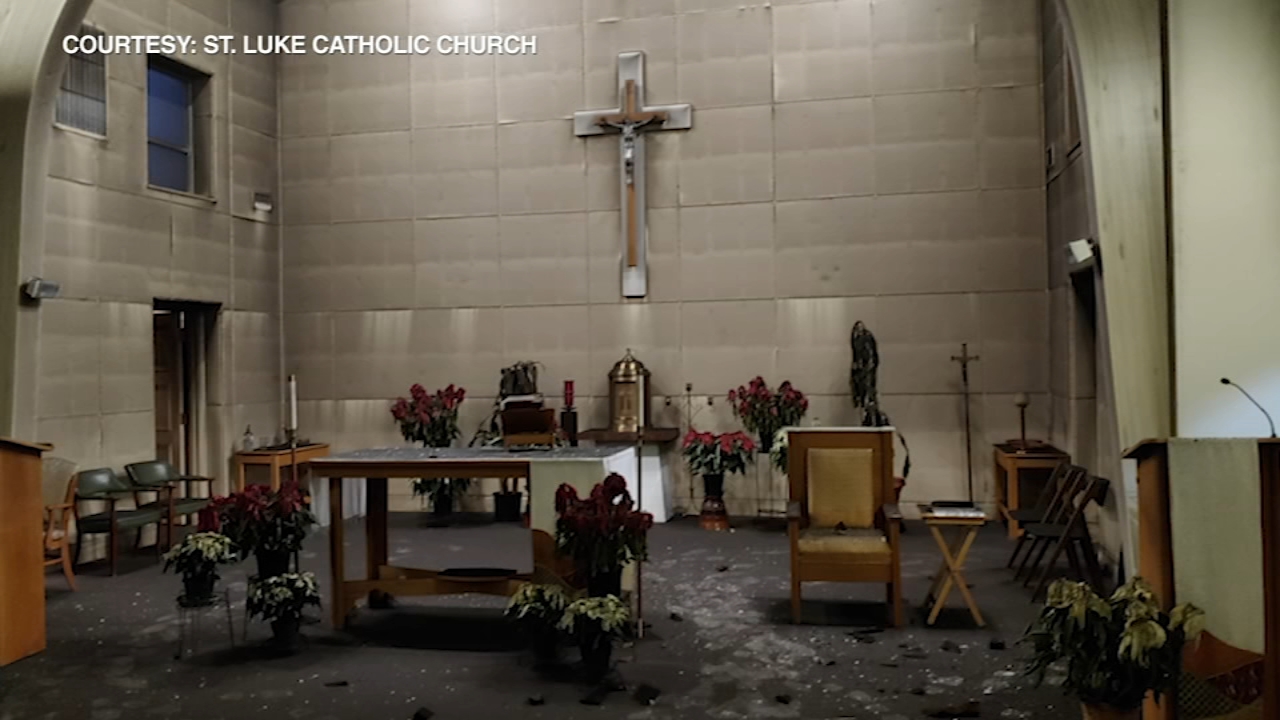 Saint Luke Catholic Church in suburban Carol Stream hopes to learn Thursday how much it will cost to repair fire damage from over the holidays.

The fire heavily damaged the sanctuary at the church, but it didn't destroy everything.

"In the rubble, where the manger was, they found baby Jesus," Gabl said.

Parishioner Debbie Templin said, "In my eyes, it was a miracle. It was our way of saying, 'Yes we are here. We are not going anywhere.'"

A day later, parishioners gathered for New Year's Eve mass in a makeshift sanctuary in the building. It's also where they now have their Sunday mass.

"We have a big room, which we call Jericho, because there used to be walls and they knocked all the walls down years ago," Gabl said. "That's where we are having our worship space and it's beautiful."

Carol Stream Fire District Chief Rob Schultz said the fire has been ruled accidental, but a cause has not been determined.

He said the fire burned out because it likely ran out of oxygen.

"It is not all that common, but it does happen," Schultz said. "I think the odd thing here is that it happened in a big building, such as a church."

The church now has the decades-old baby Jesus figurine in a display case.

"He is our shining light amid the darkness of the fire," Templin said. "It is a message we all need to hear and see."

The repairs will be covered by insurance.