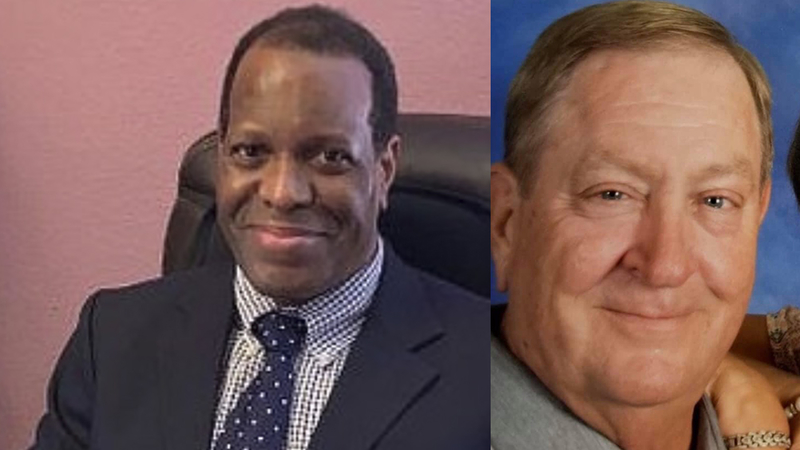 3 dead, including shooter, in Texas shooting caught on livestream

WHITE SETTLEMENT, Texas -- Two innocent men were killed when a shooter opened fire during Sunday service as a Texas church.

The Texas Department of Public Safety on Monday identified the dead as Anton Wallace, 64, of Fort Worth and Richard White, 67, of suburban River Oaks.

Both men were rushed to the hospital after the gunman emerged from a back-row pew at West Freeway Church of Christ in White Settlement and began shooting.

The shooter was quickly shot and killed by Jack Wilson, a parishioner on the congregation's voluntary security team.

RELATED: What we know about the man who shot, killed Texas church attacker

Wallace and White died in the hospital from their injuries.

Wallace's daughter, Tiffany Wallace, told Dallas TV station KXAS that her father was a deacon at the church and had just handed out communion when the gunman approached him.

"I ran toward my dad, and the last thing I remember is him asking for oxygen. And I was just holding him, telling him I loved him and that he was going to make it," Wallace said.

Her father was rushed to a hospital but did not survive, she said.

"You just wonder why? How can someone so evil, the devil, step into the church and do this," she said.

White's daughter-in-law, Misty York White, called him a hero on Facebook: "You stood up against evil and sacrificed your life. Many lives were saved because of your actions. You have always been a hero to us but the whole world is seeing you as a hero now. We love you, we miss you, we are heartbroken."

An elder at the church told the Times that one of those killed was a security guard who responded to the shooter.

"He was trying to do what he needed to do to protect the rest of us," said the elder, Mike Tinius.