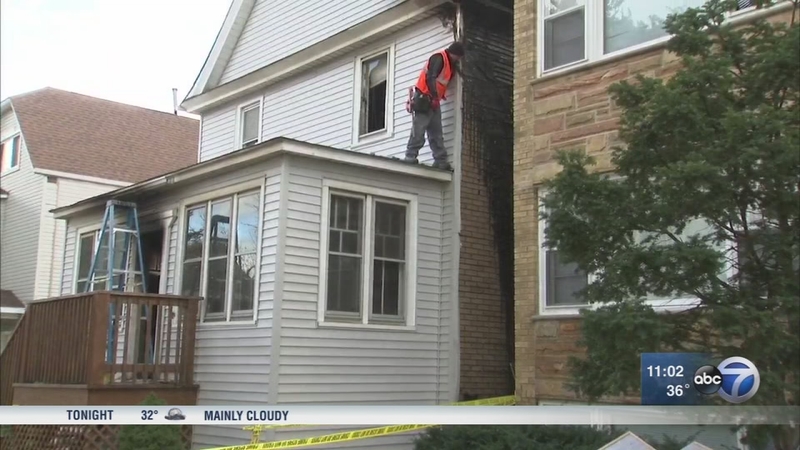 CICERO, Ill. (WLS) -- Police kicked in the front door of a home early Tuesday morning to rescue an 11-year-old boy from a house fire in west suburban Cicero.

Officers were the first to respond to a report of a structure fire in the 5100-block of West 29th Place around 2:30 a.m. When they arrived, the building was completely engulfed by flames, Cicero Spokesperson Ray Hanania said.

Police found a woman out front, screaming that her son was still inside. Three officers kicked down the door and found the child on the floor in the front room, Hanania said. They brought him outside and performed CPR on him until an ambulance arrived.

"They kicked the door in and the 11-year old was about 10 or 15 feet from the front door. They dragged him out from there," Cicero Fire Chief Dominick Buscemi said.

He and his mother were rushed to Loyola University Medical Center, where they were listed in serious condition due to smoke inhalation, Hanania said.

"At 2:30 in the morning and it's windy, it's cold, you have a report of 15 people in a building, you don't what's going to happen. You're coming out of the house, you're expecting the worse, but they did a great job. Very aggressive, very aggressive crew," Buscemi said.

Fire officials said the blase started on the first floor, moved quickly to the attic and spread to the apartment next door. Both structures were seriously damaged.

"These buildings are very old. They were built pretty much on top of each other, a long, long time ago. That's always a problem in this area - exposure problems - especially when it's windy," Buscemi said.