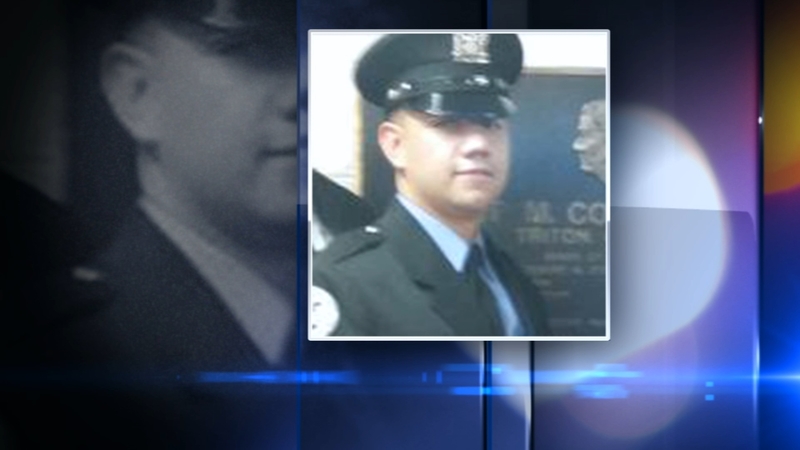 CICERO, Ill. (WLS) -- A Cicero police officer was shot Thursday evening near the Cicero Avenue exit of I-55, investigators say.

Due to the ongoing investigation Cicero Avenue is closed between 39 Street/Pershing Road to 47th Street. The ramps to and from Cicero Avenue and I-55 are also closed.

"Cicero getting off I-55, I've been shot, I've been shot several times," Officer Luis Duarte said over the radio, calling in his own injury Thursday evening.

Cicero police say he was part of an attempted traffic stop on the Stevenson that led to a shooting.

Officers were trying to pull over a car with California plates that had been reported stolen, according to investigators.

"The vehicle refused to stop, our officers were able to box the vehicle in right at the entrance ramp at I-55 and Cicero Avenue where the subject immediately exited his vehicle and began shooting multiple rounds at our officers," said Cicero Police Department Supt. Jerry Chlada, Jr.

Officials say Duarte, 31, was shot four times, in his leg, stomach and twice in the arm.

Cicero police say after Duarte was shot the suspect ran away and started shooting at another officer that tried to chase him.

"We were luckily (sic) enough to have a citizen on the street who's a concealed carry holder and he also engaged in gun fire with this offender who was struck one time and was taken to Cook County Hospital," Supt. Chlada said.

This happened just after 5 p.m. near Cicero and the Stevenson at the height of rush hour.

The Chicago Police Department is handling the criminal investigation, and the Illinois State Police Public Integrity Office will handle the officer-involved shooting aspect of the incident.

UPDATE: #ChicagoPolice will handle the criminal investigation in the Cicero Police officer shooting. @ILStatePolice will conduct the admin use of force component. Cicero Police & CPD will hold a media briefing at Sinai Hospital later this evening. Details to follow @TOCPolice pic.twitter.com/7YLVGdCQXk

Cicero officials say Duarte has been on the force for four years. Last we heard he was in surgery at Mt Sinai Hospital.

The suspect is in serious condition.

Tonight a Cicero Police Officer was shot in the line of duty. He is a 31 year old, 4 yr veteran of our Department. Please keep our Officer, his family and our entire Department in your thoughts and your prayers.