FDA restricts e-cigarette use for teens as numbers dramatically rise 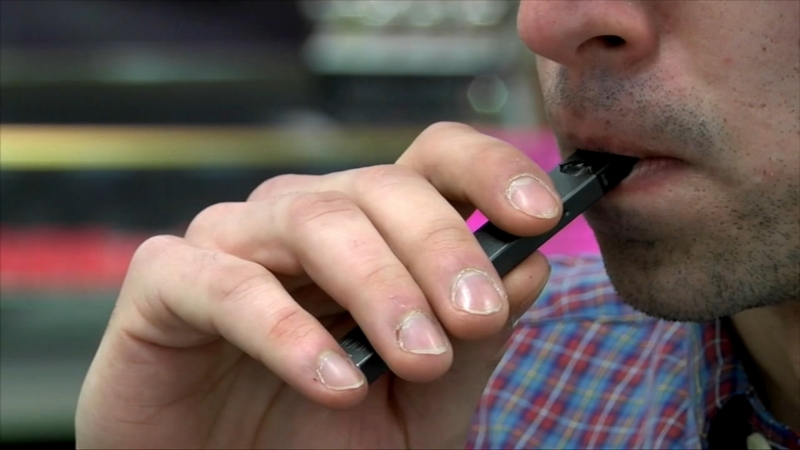 FDA restricts e-cigarette use to teens as numbers dramatically rise

CHICAGO (WLS) -- Alarming numbers about the increase of teenage e-cigarette use as the Federal Drug Administration today moves to restrict access to young people.

With sweet flavors like mango, orange or watermelon, e-cigarettes quickly became a huge hit among teenagers, so much so the Food and Drug Administration calls teen usage an epidemic.

The FDA plans to limit the sale of some sweet flavors at places where kids can freely shop like convenience stores and gas stations. The American Academy of Pediatrics applauded the move, but does not think it goes far enough.

"The AAP will do everything and urges everything possible possible to completely ban these cigarettes to our young population, " said Dr. Anita Chandra MD, spokesperson for the American Academy of Pediatrics.

Dr. Chandra encourages all doctors to talk to their patients, as young as 5th grade, about the dangers of vaping. She said the nicotine in some of the e-cigarette pods is highly concentrated.

"It can lead to cardiac problems because it is a stimulant, it is a highly addictive meaning you are going to crave more of it, getting into a situation where you have so much it's toxic," she said.

Thursday's FDA announcement restricting sweet flavors follows action taken this week by the e-cigarette giant Juul. The company said it will end the sale of fruity and dessert flavored nicotine pods to all 90,000 stores that carry its products.

The latest vaping news does not faze Chicago's first vaping store, Level Vape. While it strictly enforces no sales to people under 21, manager Zack Krubeck not does support restricting certain flavors from young people.

"You might as well put a ban on everything because a flavor is a flavor, tobacco same thing as fruit," he said.

While pediatricians are pushing for an e-cigarette ban for young people, they hope the next step is pulling advertising off social media.