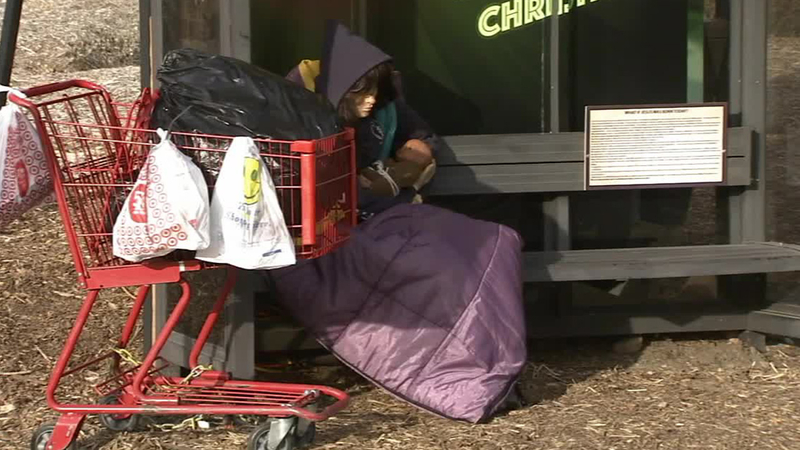 CLAREMONT, Calif. -- A controversial interpretation of the nativity scene in front of Claremont United Methodist Church is raising eyebrows this holiday season.

Mary, the mother of God, is depicted as a homeless woman at a bus stop with the baby Jesus in tow.

Written next to the display, a sign asks viewers, "What if Jesus was born today?"

"The message is we have many unwed mothers. We have many children born in poverty. People shouldn't be so quick to judge," Claremont resident Jan Davis said.

Dozens of people have stopped by to take in the display, whether they agree with the message or not.

Last year, John Zachary, the artist, who is a Hollywood set designer and member of the church, depicted Mary as the mother of Trayvon Martin.

"This particular artist always has something that is thought-provoking, and I think this time of year it's not inappropriate to ask somebody to think about something from a different point of view," Claremont resident Wes Davis said.

Pastor Mark Wiley said the first nativity scene by St. Francis was against the commercialism of the day.

"We're creating a display that we hope will inspire people and help people think about Christmas in a new way," Wiley said.