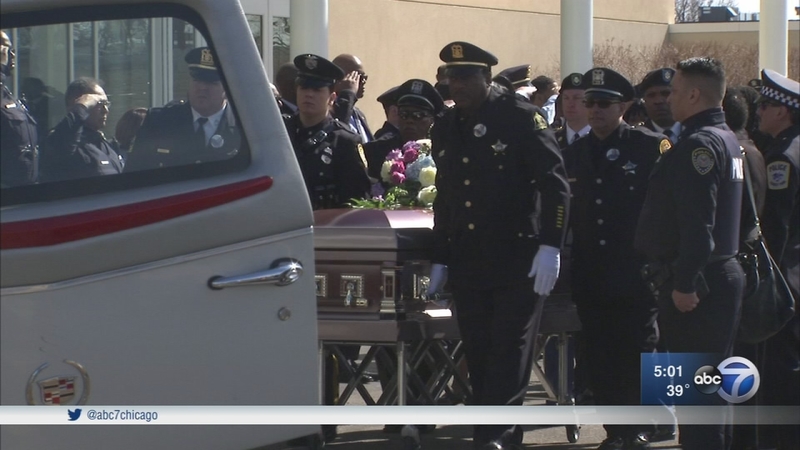 PLAINFIELD, Ill. (WLS) -- The Plainfield couple who were allegedly shot and killed by their son in his college dorm room were mourned at a funeral Saturday.

Diva Davis, 47, was a flight attendant.

"We're praying for the family, the children and the young man that everything will be alright," said Harvey Bond of Broadview Missionary Baptist Church. "We'll have to leave it up to God to see them through it."

Investigators say Davis, Jr., 19, used his father's gun to shoot his parents when they came to pick him up for spring break. He had been hospitalized for erratic behavior the night before the shooting.

"What happened, they don't know, but they know the person who did this is not the Eric they know," said Davis family attorney and spokesperson Brent Hopper.