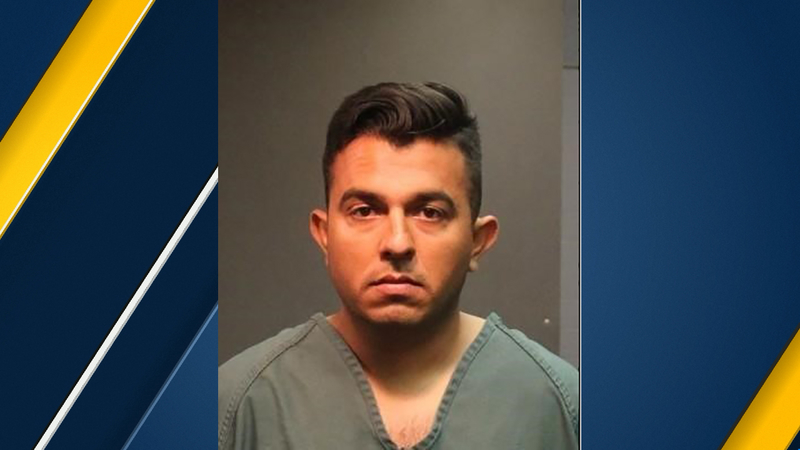 SANTA ANA, Calif. -- A Century High School volleyball coach has been arrested on suspicion of having sex with "several" female students who were underage at the time, Santa Ana police announced.

Omar Rojas, 28, "is also currently employed as a District Safety Officer for the Santa Ana Unified School District," authorities said in a statement issued Tuesday morning, adding that Rojas was not an officer when the alleged crimes occurred in 2015.

According to the news release, the investigation began when school district police contacted the Santa Ana Police Department after one of the victims came forward last week.

Rojas is accused of having the victims excused from class and meeting them for sexual activity on campus.

"He is basically a predator," Santa Ana Police Department Cpl. Anthony Bertagna said. "He took advantage of his position. He went and got these girls out of class based on his position of trust and while at school he went to a location in the school where he had sexual encounters with these females."

The victims were reportedly between the ages of 15 and 17 at the time of the alleged crimes.

"It's pretty shocking to hear that it happened here while everyone was around," Century High School senior Nicole Zamora said.

After being arrested and confessing, he was booked on multiple sexual assault charges, police said. His bail was set at $1,000,000.

In a separate statement, the school district said the allegations "are being taken seriously and are in direct conflict of the District's zero-tolerance policy relating to staff misconduct, in which all district employees are held at the highest ethical standards."

The statement noted that all district staff -- including walk-on coaches -- must pass fingerprint and federal, state and local background checks as part of its hiring process.

"In the days and weeks ahead, we will work closely with the Santa Ana Police Department on this investigation," the district said. "We will provide counseling support and resources to Century High School and Sierra Preparatory Academy to support students, staff, and parents."

The latter school is where Rojas is employed as a safety officer.