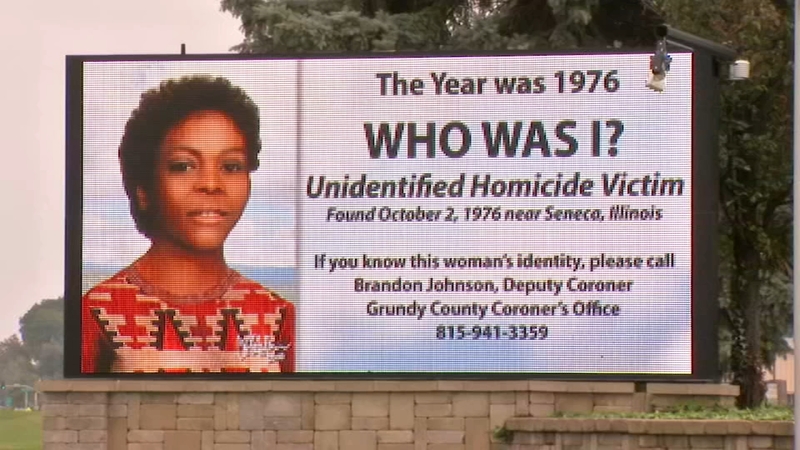 Forty-two years ago, an unidentified young black woman was found dead in a wooded area just west of Morris.

The case is Grundy County's only cold case. Now an electronic billboard outside the Joliet Regional Airport has a photo of what authorities believe the woman looked like. The caption reads: "The year was 1976. Who was I?"

However, ten months ago, Callahan and his staff decided it was time to find out who the woman was.

The victim was believed to be between 18 to 23 years old. She was 5-feet-7-inches and approximately 150 pounds. She was African American, but Grundy County's population at the time was mostly white which is why authorities suspect she was not a local resident.

The woman was found in a ditch in an area within a mile from Interstate 80. Officials believe she was dumped there and not where she was murdered.