Zoo: Coldilocks, oldest polar bear in US, passes away 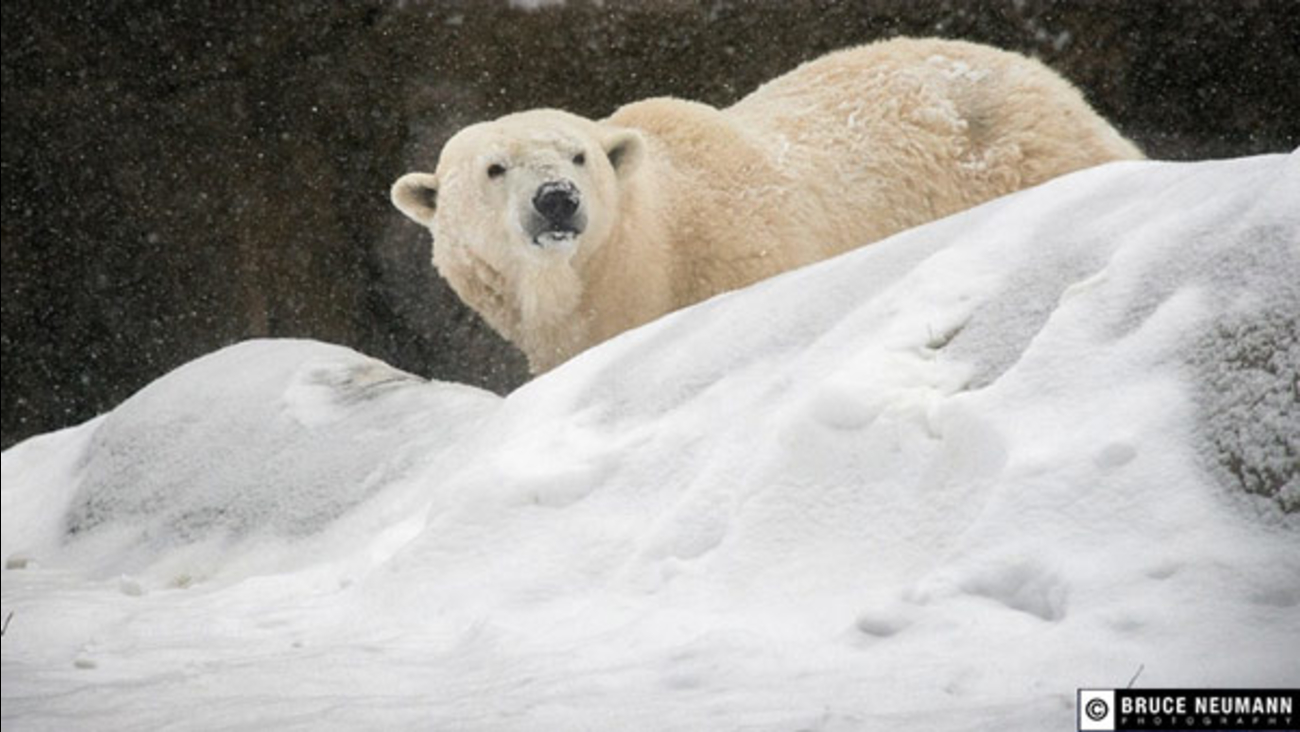 WPVI
PHILADELPHIA -- The Philadelphia Zoo has announced Coldilocks, the oldest polar bear in the country, was euthanized due to a recent serious decline in her health.

According to the Zoo, animal care staff had become increasingly concerned about the 37-year-old Coldilocks, as she began showing worsening changes in her behavior and appetite.

The polar bear had a variety of age related medical issues, the Zoo says.

In a statement released Tuesday, the Philadelphia Zoo says, "Making the decision to euthanize an animal is never easy, especially one as beloved as Coldilocks, but after observing her the past week and examining her on Monday morning under anesthesia, they reached a consensus that euthanasia was the most humane option."

We are saddened to announce the passing of female polar bear, Coldilocks, who was euthanized due to recent serious decline in her health. At age 37, Coldilocks well surpassed the typical lifespan for polar bears & was the oldest polar bear in the country. https://t.co/I2ROCVcyC5 pic.twitter.com/LlcgcqB3Ys

Coldilocks was born on December 13, 1980, at Seneca Park Zoo in Rochester, NY, and arrived at Philadelphia Zoo on October 6, 1981.

In December, the Philadelphia Zoo threw a birthday party for Coldilocks.

They celebrated her birthday with a peanut butter, honey, raisin and fish cake.

Coldilocks lived with her partner Klondike for more than three decades before the bear died in 2015 at age 34.

"At age 37, Coldilocks well surpassed a typical polar bear lifespan of about 23 years, and was the oldest polar bear in the country at the time of her death," the Zoo says.

Zoo officials say they work closely with Polar Bears International (PBI), a nonprofit organization dedicated to conserving polar bears and the sea ice they depend on.

The Philadelphia Zoo is making a contribution in honor of Coldilocks to Polar Bear International, and they encourage all who appreciated Coldilocks and care about polar bears to do the same.
Those wanting to make a donation in Coldilock's honor should visit http://philadelphiazoo.org/PBIDonate put her name in the honor section and the address should be Philadelphia Zoo.
Related topics:
pennsylvaniaphilly newsu.s. & world
Copyright © 2020 WPVI-TV. All Rights Reserved.
More Videos
From CNN Newsource affiliates
TOP STORIES