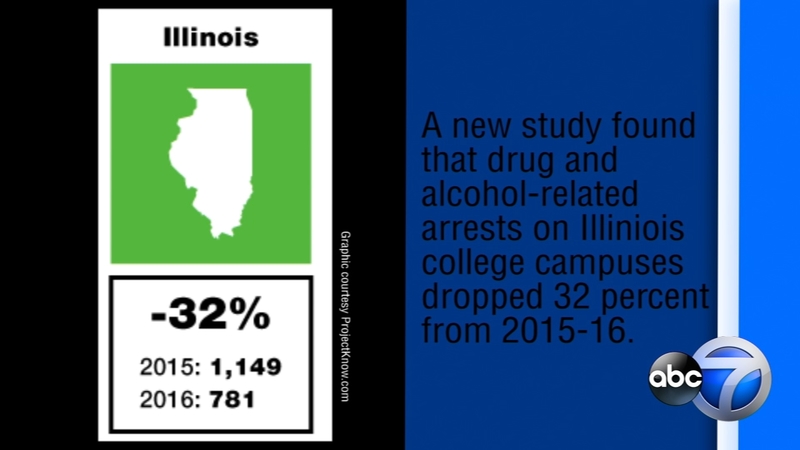 Drug and alcohol-related arrests at Illinois colleges dropped more than 30 percent from 2015-16, according to a study by ProjectKnow.com, a website that provides information on substance abuse, released last week.

Here are other highlights from the study:
--Illinois' on-campus arrests fell 32 percent from 1,149 to 781, the fifth-largest decrease among all states
--Drug offenses accounted for 57.9 percent of Illinois' substance-related on-campus arrests in 2016

Alaska saw the largest statewide drop in on-campus arrests - a 50 percent decrease. Washington, D.C., saw the biggest bump with a 63 percent increase, according to the study.

Arrests at the University of North Georgia in Dahlonega, Georgia, were up 663 percent, the single largest increase in the country, the study shows. The University of Wisconsin-Stevens Point and Northeastern University in Boston led the country with 85 percent decreases in arrests.

The study was put together by tracking arrest and disciplinary data from the U.S. Department of Education, according to ProjectKnow.