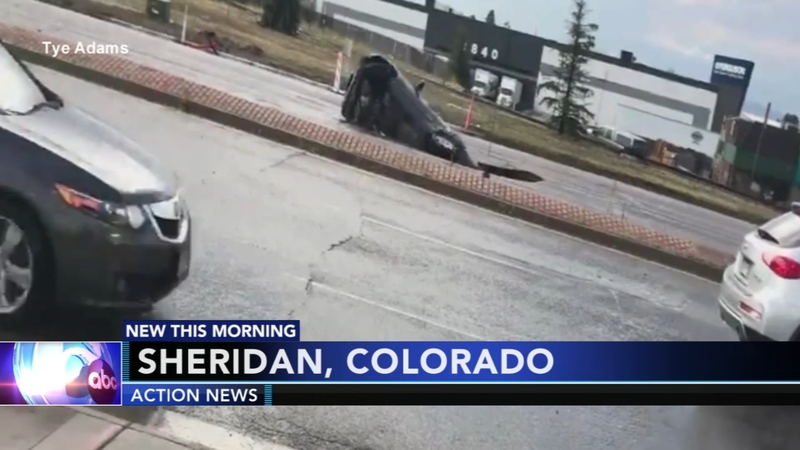 SUV swallowed up on Colorado street

SHERIDAN, Colo. -- A massive sinkhole opened up and swallowed an SUV on a Colorado street.

It happened during a drenching thunderstorm in Sheridan Tuesday night.

Police say the rain impacted a pipe below the pavement which then gave way.

Sheridan police tweeted that the driver of the Toyota RAV4 was OK and shared a photo showing the vehicle submerged in water 15 feet down.

Witness Tye Adams grabbed his phone and took video just as the SUV began to sink.